Challenger Katarina main from the Korean server revealed his secret: don’t use Flash 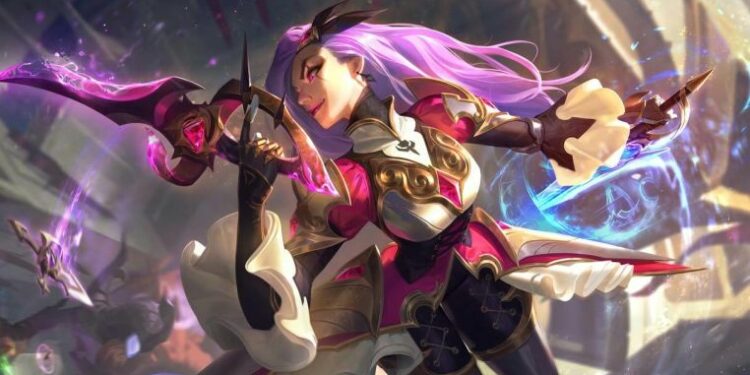 The ultimate trick to play the Sinister Blade – Katarina.

Katarina has become one of the best picks in mid-lane of League of Legends for almost an entire Season, today, let’s discuss the guide from a Kata main from Challenger in Korea server.

Flash has long become a must-have summoner spell for the majority of League of Legends players as it enables players to create unexpected combos to finish off opponents or just escape dangerous situations. However, the Teleport – Ignite combo is the key to victory when playing Katarina, as shared by the “One Trick Pony” Korean Challenger nicknamed Emilia tan.

In terms of Katarina’s skill set, this champion has E – Shunpo, which allows players to teleport for a short distance, similar to Flash. Furthermore, because this move may be utilized on both enemies and allies, Kata is seldom under threat of death while she holds E – Shunpo. As a result, The Sinister Blade does not need to carry Flash to secure her safety throughout the laning phase.

When playing Katarina, Emilia skips Flash in favor of the Teleport – Ignite combo in order to snowball the fight as fast as possible. The Sinister Blade may join in team fights on the sides without worrying about the minion position thanks to Teleport. Kata, with her high-damage skill set and Ignition spells, can “rescue” quickly anytime a fight starts.

We must keep in mind that Emilia is playing in a solo queue environment. Even at the Challenger tier on the Korean server, the ability to call for a fight, counter-gank using Teleport… is not really impressive. So, even if Katarina’s farm stats are lower than the opponent’s, she may gain a lot of kills and a lot of money with the Teleport – Ignite combo. Furthermore, Katarina’s early involvement made the team’s two side lanes become a lot stronger than the opponent.

It is because of this special playstyle that Emilia tan also chooses to buy a rather special starting item, which is the Dark Seal plus the Refillable Potion. These two items help Katarina not be poked too much by her opponent and can farm from a safe distance with Q – Bouncing Blade. Whenever Katarina uses Teleport and has a kill, Dark Seal will increase a large amount of AP and make this champion snowball even stronger.

The two big items that this player often builds for Katarina are the Hextech Rocketbelt and Nashor Tooth. As for the Hextech Rocketbelt, this item provides Katarina with all the necessary stats such as AP, health, skill regeneration, and magic penetration. Besides, Katarina’s kit in season 11 also interacts strongly with items that provide attack effects, so Nashor Tooth is an extremely good choice in the middle of the game.

Emilia’s rune is not too different from the usual when this player still uses Electrocute. However, with the gameplay that interferes with the two lanes, this player uses the Relentless Hunter gem in the Ravenous Hunter instead of the ability to heal from the Domination.

In short, by ignoring Flash and using the Teleport – Ignite combo, Kata will be able to roam in the two side lanes and create a snowball match very early. Thereby Katarina and her teammates will have the advantage to capture the big goals, control the vision and then win the final victory. If you love playing Katarina and are looking for a unique gameplay, using the Teleport – Ignite combo is a perfect choice.