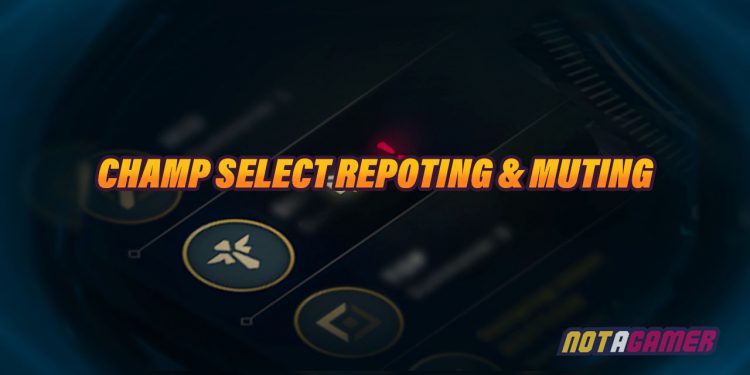 Riot Games are running an experiment to see if champ select muting leads to changes in behavior related to negative chat in champ select and in-game.

According to Riot Games Dev News, earlier this June, Riot are running fast-iteration experiments on live servers to more rapidly adapt to behavioral trends than they have in the past. Staring with NA and KR servers, Riot Games are running a two-patch experiment for champ select reporting and muting.

For players in those servers (NA and KR), you will know the experiment is live in your region when you get a one-time notification in champ select highlighting the newly-added features.

“If you mute a player in champ select, they will be muted in-game as well. The mute will also persist if you’re matched with that player again later in your play session. Mutes won’t, however, extend to the post-game lobby since our current focus is exclusively on adding muting to champ select, not the whole client. If post-game lobby muting ends up being more important than other experiments we’re working on, we’ll prioritize it.” – Riot Codebear.

This experiment is for changes in behavior related to negative chat in champ select and in-game.

“We’re running this experiment to gain a clear understanding of how often different types of negative behaviors occur in champ select, and the different impacts they have in-game (chance of winning, rate of in-game reports, etc). The initial iteration of Champ Select Reporting will not be tied to our penalty systems.” – Riot Codebear.

Riot also said that once this experiment ends, they will use the report data to plan out further investment in a penalty system as a second iteration.

Read More: Solo Q Now Is More About Which Team Has Fewer Players With Mental Issues