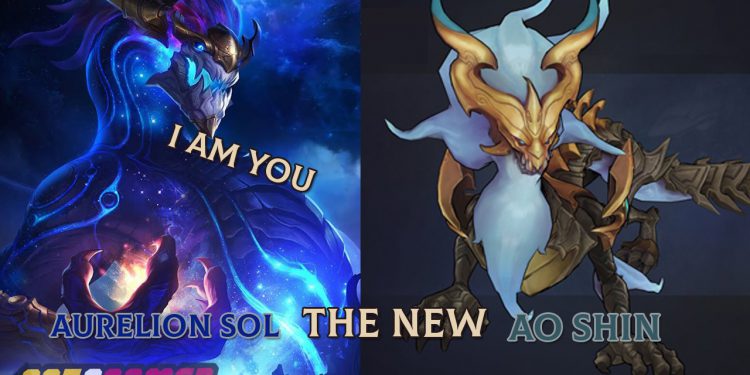 Husk was created by ex-Rioter Iron Stylus. Unfortunately, she didn’t cut into live servers but her design inspired the development of Camille and Kai’Sa.  Her storyline introduces her as a partner to Caitlyn. But because she betrayed Husk by paralyzing her from the waist down during a shootout, Husk defected to Zaun and led a group of people called “H.I.V.E”  comprised of other mercenaries, outliers and bounty hunters.

One of the champions which was very first conceived in League of Legends.  His appearance resembles a tiny four-legged demon and has many sharp spikes on it.

He already had a complete set of skills, but it was very confusing and does not focus on a single point, and no one at Riot was sure if he was a melee or a ranged DPS character.

This lack of both direction and excitement for the Champion caused him to remain in limbo for a while. Eventually, even though Omen was halfway through his development cycle, Riot realized he wasn’t ‘getting any better’ and was ultimately scrapped and Riven was released in his place

Komachi was once intended to be a female legend, following The Death’s style, a tanky top laner, discouraging long and drawn-out trades, but punishing trying to flee with multiple reengage skills. Sporting an absurd amount of free damage, Komachi aims to pacify opposing laners and dominating with fear.

Komachi Sanzu is a fiery, hot-headed Debt Collector with a passion for hunting down people who try to avoid paying what they owe. Known as the Great Red Devil of Sanzu, Komachi has an incredible track record in her works and is a world renowned hunter, acknowledged by many experts in the field. Her own fame is only out-shined by the fear that her signature red scythe invokes in her victims.

Residing in a secluded temple at the edge of the Corban Sea, Soterios the self-named High Priest became notorious in the surrounding area for his daily Rituals of Rebirth which he performed on the fearful townsfolk. The Ritual of Rebirth consisted of Soterios dragging a screaming innocent to the shore, and forcing them below the thrashing waves until water filled the poor soul’s lungs and he was rendered unconscious. Soterios would then proceed to then Rebirth the lost man by bringing him back to shore, and pressing his holy hands upon the victim’s chest until he was brought back choking and coughing, reborn into the world as acolytes to the High Priest.

Well was a prime minister in the early days of League.  He was dropped when Riot received a suggestion that there was no way to make this champion’s graphic image look “hotter”, and of course the answer right away was no.

Elise (originally Nidalee, and then Priscilla) was first in development back in 2009, but did not make it through the development phase[1]. For years to come, her artwork and spell icons would remain in the game files.

While her original name was later used by  another champion, it was confirmed by Coronach that there was no other relation[2]. It has been speculated that Priscilla’s silhouette may have inspired  Urgot’s original design.

Priscilla’s Blessing, an item released with the launch of Dominion in September 2011, was named in homage to the Spider Queen, although the item was removed shortly after.

There was a poll on the League of Legends forums petitioning for Riot to bring the Spider Queen into the game, which received over 24.000 votes[3]. She would later be reworked into  Elise.

The presented information is extracted from Closed Beta 1 (25-Mar-2009) There are minor wording adjustments for this presentation.

According to the original idea, Riot Games was inspired by Set – the desert god of Egypt and designed a general capable of controlling sand in the Shurima desert.  Seth will be able to create sand, when not on this terrain will be strengthened or cast from sand. However, this is quite complicated and sometimes affects the outcome of the game when the champion is only really useful in the sand environment.

So Riot Games turned this champion into Azir, with the ability to control sand soldiers to attack enemies.  This would make sense since Azir would no longer be so dependent on the sand environment. Just a little change of detail has helped this desert emperor can rage the professional arena for a long time.

CeeCee is a Hextech engineer, originally designed to join the Support role.  They want to create a unique support beyond the ability to heal, buff or stun the enemy base on players’ technique.  However, during development, the shield was probably the main highlight of her appearance and her design had lots of points similar to Leona .  Riot didn’t want to overdo it, so they took the engineer role aside and started developing a champion with a shield. CeeCee, later became Braum.

Although Mardok is not created completely, he is the premise to create Fizz, and the ability to Summon Monster is also the skill intended for Mardok.

Explosive expert, Ivan seems to have OCD and he is obsessed with his sparkling teeth.  However, the formation of Ivan’s son does not match his play at all. Riot does not want to deceive the fans with his role model, but does not want to increase the level of resistance or additional damage to Ivan.  Instead, they removed Ivan and used the idea of ​​bombs and armor to develop Ziggs and Nautilus.

Averdrian is a champion capable of using forbidden spells.  It can be said that this champion has a very strange appearance with a skinny body but has a very large head, looks quite like alien creatures on the small screen.  According to the shape of the pre-designed skills, it can be guessed that the general uses spherical spells to defend and attack the opponent.

Averdrian was revealed at Summoner’s Rift on Halloween in.  . . a coffin set. Perhaps this is the detail that Riot Games wants to reveal that this champion will never appear in the game again.

Previously, Riot Games designed a dragon god of the natural world of Runeterra with the ability to control storms.  According to the idea that the Riot Games staff members have drawn up, Ao Shin has the ability to chant rain, call wind, control fire and even create a terrible tornado.  However, perhaps because the skill set is too difficult or not suitable for the game, Riot Games has abandoned this general, and transferred to another dragon named Aurelion Sol, the ruler of the League of Legends universe.