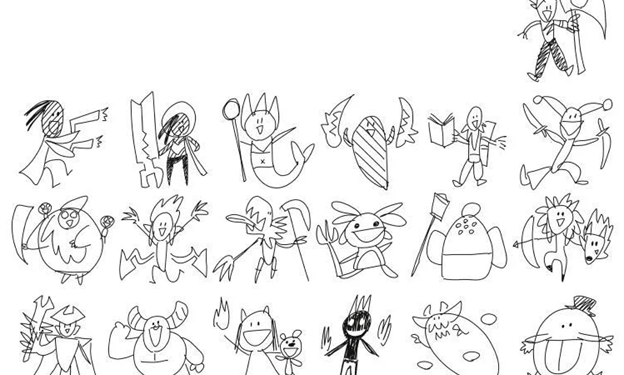 All champions fanart 2020 – Riot’s team of experienced game builders have created champions with ever-better visual quality. But have you ever wondered, what if nearly 150 champions in League have the appearance created by a … 5-year-old child?

The new champions of League of Legends recently launched are eye-catching Riot Games. Not only that, even the rework champions like Fiddlesticks also gives the gaming community the feeling of horror that is true to the background…

It is the result of (over) 200 years of game making experience of the enthusiastic staff. But have you ever wondered, if all these champions were designed by a … kindergarten child, with 5 years of life in the world?

Recently, on Reddit, a user with u / lcomicer account posted an extremely random fan art with the doodle style of a 5-year-old child. With his artistic ability, creativity as well as his excellent observation ability, he has turned League of Legends champions – even the most majestic – into extremely cute “children”. See where your champion is and what he looks like in the picture above!