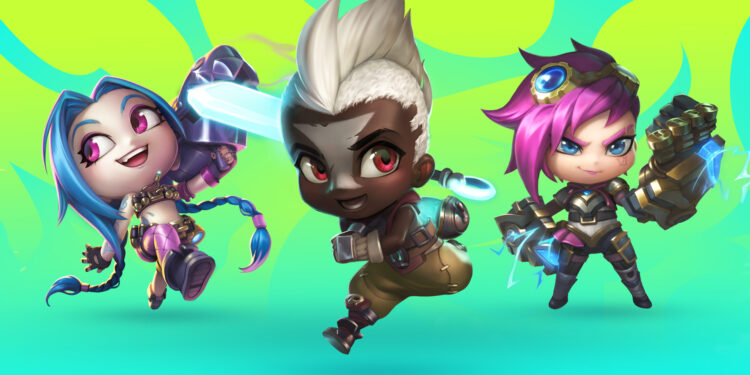 Little Legends are essential to TFT since they are each player’s representing characters in the game. This number has risen dramatically over time, starting with the initial few Little Legends and later being developed by Riot according to the theme, most recently with them debuted in seasons 5 and 5.5 are in the Black Mist or Star Guardian style.

In the upcoming season 6, one of the new features that Riot introduced to TFT is the Little Chibi Champions. They are still Little Legends but are modeled after the chibi of the champions in LoL and they will include Jinx, Vi, Ekko.

Chibi Champion will cost more than a Legendary skin

Recently, Riot Mortdog posted on his Twitter account, announcing the arrival of Little Chibi on the PBE. Although they are still not official, the price of them is very expensive to what they have to offer (1900RP).

Witnessing the heavenly price for the new Little Legends, TFT community can’t help it but to address to Riot. Most people believe that 1900 RP for a new Chibi Champions with certain emotions is excessively much, however Riot Mortdog thinks that this is a fair price for more sophisticated Little Legends, particularly those from the previous patch.

“Because we believe it is worth more than $10.

We believe its important to have optional items at a wide variety of price points. We have the LL’s (~$5), the Pass/Arenas (~$10) and now we are introducing something a bit more premium (~$15).

However, this is only available on the PBE, and Riot conducts frequent player polls before releasing the official patch. They may consider altering a method or modification if it is extremely opposed, as the recent elimination of the /all chat was ruthlessly against by the League community.