Clear all the farms in 2 minutes with Irelia Jungle! 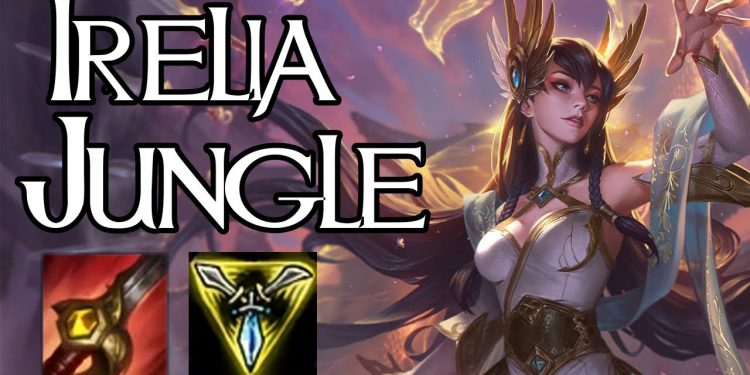 Recently, a gamer named “I AM JERM” posted a video about an underrated jungler: IRELIA! In that video, he played Irelia and cleared all the farms in just 2 minutes and this video has attracted the community’s attention. So let’s see how did he do it.

Before and after being reworked, Irelia has been known as a solo-laner with the incredible amount of damage and attack speed when her passive is fully stacked. However, without items, Irelia is quite weak and therefore, using her as a jungler is almost impossible! But this gamer did this “impossible” thing very easily.

Do you know that her passive’s duration will be renewed when she hits a large monster (Red Buff, Blue Buff, Gromp, etc.)? So, the way she clear the farms is quite different from the other junglers. Instead of trying to kill the large monster as fast as possible, Irelia has to use her skills in order to get passive stacks from the small monsters. When the passive duratiom is almost over, she just need to hit the large monster to renew it.

About the runes, it seems that Conqueror is the most suitable, but you have to change a bit so as to clear the farms faster and save your HP. Her starting item will be Hunter’s Machete as she will get some HP when she hits a monster.

Now we will move to the most important part: How to clear the farms efficiently with Irelia. Unlike the other junglers, Irelia has to start from the Wolves because she can get a lot of passive stacks without losing much HP.

Top 4 Junglers that are super annoying but no one play!?

After clearing the Wolves, you have to level up your E and move fast to the Blue Buff and the next farm is Gromp.

When you have finished them, you are now level 3 and all you need to do is level up your W to clear the Raptors faster. This is said to be the hardest farm as you can easily miss your skills, so you will need to practice a lot.

About the Red Buff, it moves a bit faster than the Blue Buff, so you have to use your W to reduce the amount of damage you receive. When you already have the Red Buff, clearing the Krugs appears much more easily due to the true damage. Besides, there are 10 Krugs in total, so you can get loads of HP by using your Q to kill the tiny Krugs.

Here is the full clear for you:

All in all, in order to master Irelia Jungle, you have to practice very much because Irelia is not a champion for “newbies”. So unless you have mastered Irelia Jungle, do not use it in PvP or you will be blamed and even reported.

These are all the things about Irelia Jungle that I want to tell you. If you have any ideas, leave a comment below!

Thanks for your reading.