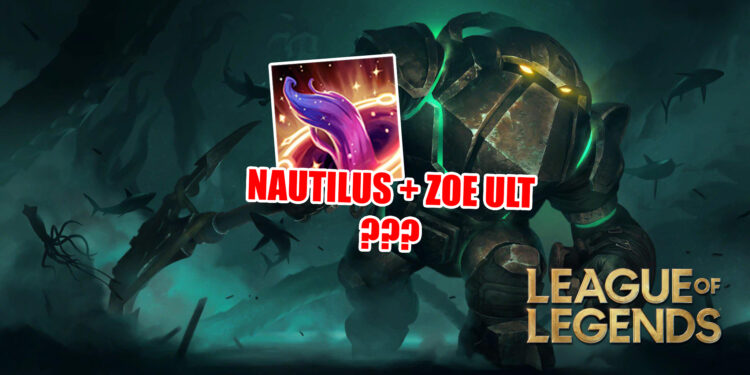 Ultimate Spellbook, the new game mode in League, is quickly becoming one of the finest featured game modes since URF. One of the reasons is the continual discovery of new and exciting combos.

Ever since the beginning of Ultimate Spellbook, players are beginning to engage in finding more odd and crazy interactions. Recently on Reddit, a player discovered how Nautilus may be incredibly amusing to play in Ultimate Spellbook if he has the option to choose Zoe’s ultimate Portal Jump (R).

It may seem strange at first since Nautilus’s appearance doesn’t quite fit in Zoe’s kit at all by teleporting back and forth, but it may actually be a fantastic combo to try out. Nautilus can move great distances and can even use it as a “flash” to move over the landscape by utilizing Portal Jump followed by Dredge Line (Q).

Because of the Portal Jump’s low cooldown (11s at the start of the game), this will be a great combo that Nautilus players will be able to pull off on a regular basis once they reach a certain level. Nautilus player may possibly perform this combo every time the Dredge Line is activated. Dredge Line has a base cooldown of 10 seconds on level 5 and can be reduced to half when hooked to terrain so technically Nautilus has to himself a new “flash” on a very low cooldown in Ultimate Spellbook.