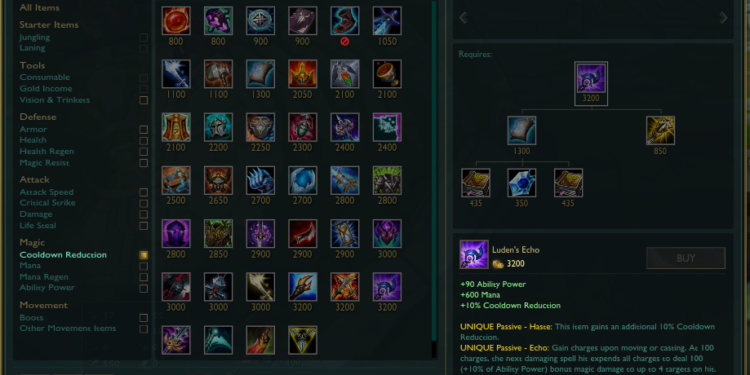 Riot just released a new outline with details about a gigantic system overhaul, including Cooldown Reduction rework into Ability Haste, Healing and Grevious Wound, and Tenacity Stat in preparation for Season 11.

A new way for spellcasters to spam abilities

What is Ability Haste?

Ability Haste is a feature that is going to replace Cooldown Reduction as the stat to help champions dishing more spells over time. The current iteration of the stat allows the player to exponentially cast more spell the more CDR they buy, for example, 10% CDR is 11% more casts, while 40% CDR is 66% more casts, and 50% CDR is 100% more casts. Riot’s intended design for Ability Haste will go as follow: 10 Ability Haste = 10% more abilities cast, 20 = 20% more, 30 = 30% more.

Also, this does not mean a flat nerf. They stated that “The conversion of CDR to Haste won’t be 1:1 because that’d be a flat nerf, which isn’t the intention—you should have the potential to reach the same frequency of spell-slinging, but the way you get there will be more linear. (Worth noting that armor, MR, attack speed, and most other stats in the game already scale this way.)”. From this, it can be inferred that Ability Haste will scale linearly with how much of the stat is bought and levels, much like how lethality works.

Most importantly, Ability Haste is confirmed to be uncapped, unlike Cooldown Reduction, so it will be interesting to see how Riot balances the feature without making those who uses the stats become either too underwhelming or excessively overpowered.

The purpose of Ability Haste and its implications

The aim of this rework is to allow players to have something different for a clearer and more diversified build path. Therefore, the percentage cooldown reduction stat will be replaced by something called “Ability Haste”, which will be essentially the same as cooldown reduction but will open up for more opportunities for flexibility.

Riot also intends to open up a brand new build path that was not possible before because of the restrictions revolving around the Cooldown Reduction capping. Currently, for many mages, to build 40% cooldown reduction means they have to sacrifice important runes, offensive stats like penetration, items that supply extra damage to their kits like Liandry’s Torment. This change is expected to change all of that.

According to Riot Games, healing has been too overpowered and obnoxious that it has been common strategies to pick champions with high sustain like Vladimir and Aatrox, running enchanter supports with healing capability, and bruisers with Death’s Dance, Wit’s End and the Conqueror keystone. Grievous Wound has become a must every game, narrowing the freedom of choices in itemization, and even that doesn’t really lower the power of health replenishing champions (We are looking at you, Soraka).

Riot’s aim will be some healing chipping off on various champions whose identity do not wholly base on high sustain to make Grievous Wound once again a situational choice. Also, Grievous Wound will be buffed by an unknown amount, but it should be an effective counter to this obnoxious mechanics. Death’s Dance and Wit’s End are also expected to be changed in a certain way that makes them less annoying to deal with.

Tenacity will also be a target of this gigantic overhaul as well. Currently, displacement and knockup effects are not affected by the amount of Tenacity the player builds, so in season 11 Riot will add the feature of reducing those pesky effects. This implies that champions who relies on long duration displacement and knockup like Malphite, Vi, Yasuo, Yone, Lee Sin and Lulu will be less effective against targets with high amount of Tenacity.

Riot is also considering adding the interaction between the anti-CC stat and the suppression effects (Malzahar, Skarner, Urgot, and Warwick’s R).