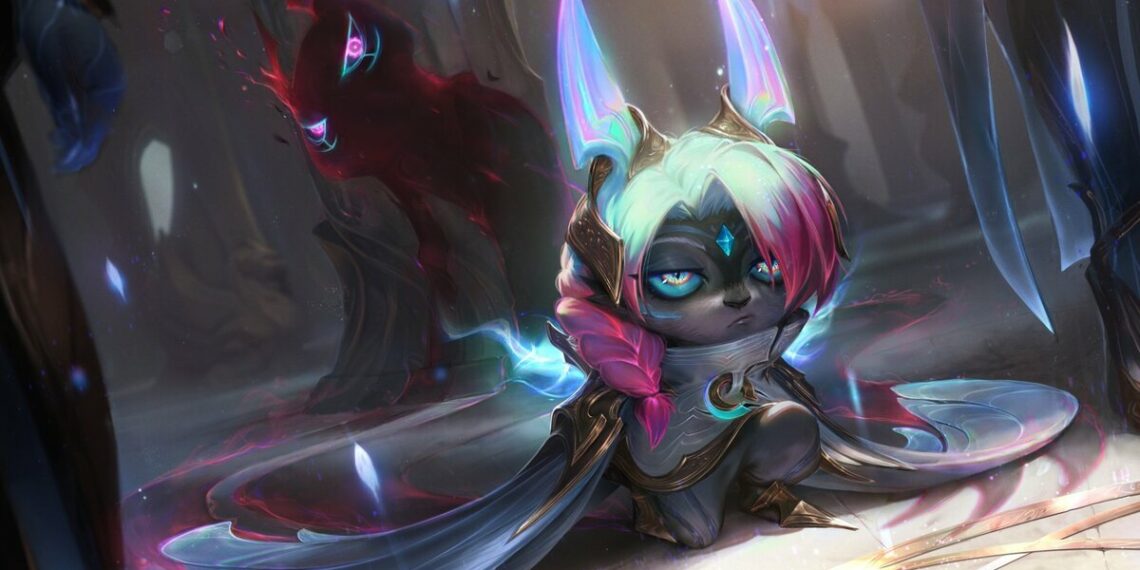 According to fans, the skin doesn’t suit both Vex’s design or theme and seemed to be a “lazily made” chroma of her default skin.

Riot officially announced the debut of League‘s newest champion – Vex – on the evening of September 2 in a clip that showcased her skills and previewed her forthcoming skin that will be released with this champion. The new champion will be linked to Viego and the Black Mist since her relationship to Viego and the Ruination event was revealed in League of Legends official lore. According to Riot staff, it was Vex that assisted Viego in spreading the Black Mist over the realm of Runeterra by opening magical portals in various locations.

Aside from trailers and information regarding Vex’s kit, the League of Legends community is also highly interested in the launch skin of this champion, which will have one of League’s most popular themes: Dawnbringer. The colors of the yordle mage’s new outfit will also match Dawnbringer’s major themes, which are white, blue, and purple pink.

However, The Gloomist’s new skin design looks like Riot is just trying to paint Dawn Bringer’s colors on this champion without any other changes. While other Angel skins have more or less changed the character’s appearance (Nidalee, Karma, Soraka, Riven), her new outfit is simply like a chroma with Vex gets her hair dyed and wears an Angelic costume.

The visuals of Dawnbringer Vex elicited a significant reaction from the League of Legends community. Most of them are quite unfavorable.

Currently, more information around Vex’s skin has not been released, but with a champion whose thematic is revolving around being edgy and gloomy like Vex, putting on the Dawnbinger skin line seems to be a very unacceptable and controversial move from Riot. However, this also helps gamers secretly rejoice when the beautiful Dawnbinger and Nightbringer skin line, which has been abandoned for a long time, has a chance to revive with the upcoming release skins in League Patch 11.19.