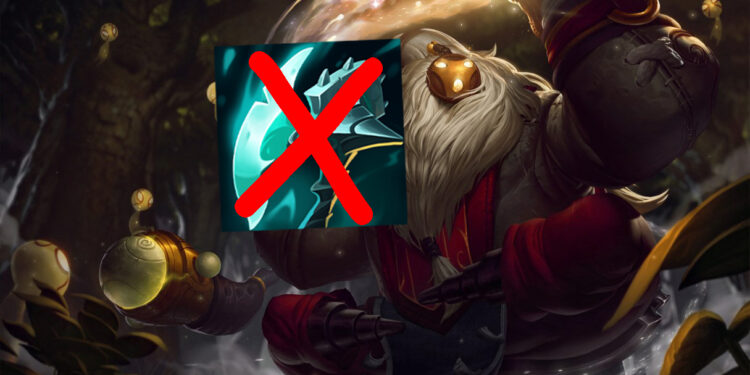 A player has just learned that it is possible to prevent the opponent’s Night Harvester from activating for the entire length of the game.

Night Harvester is a Mythic item that originally appears in the 2021 League of Legends preseason. This item offers AP champion, mostly burst-type champion an extremely high-shocking damage burst. However, it is just been discovered that the proc can be deactivated.

Recently, a user on Reddit named Peppsy has posted a short video to “demonstrate” people how to disable the activation effects of Night Harvester that shock the entire community.

Basically, if an enemy enters Statis mode (which can be activated upon Bard R (Tempered Fate), Hourglass or Stopwatch) before or during the time you purchase the Night Harvester, this item will ignore and will never activate the effect on the target for the rest of the game.

Perhaps that Riot had designed this item to be quite interesting. Whenever someone buy this item, it will automatically scan and “mark” enemies to show its passive effect on enemies with a blue dot. So, when the enemies entered Statis when you purchased the Night Harvester, it will prevent this item’s code from scanning and “marking”. From there, they can discard the item for the remainder of the game.

We are not for sure if this is a bug or a feature but Riot has not yet to make a move or even a comment about this, so in the mean time players can abuse this “feature” to fully disable the item proc.