Divine Sunderer continued to dominate the Rift after being untouched in League Patch 11.16 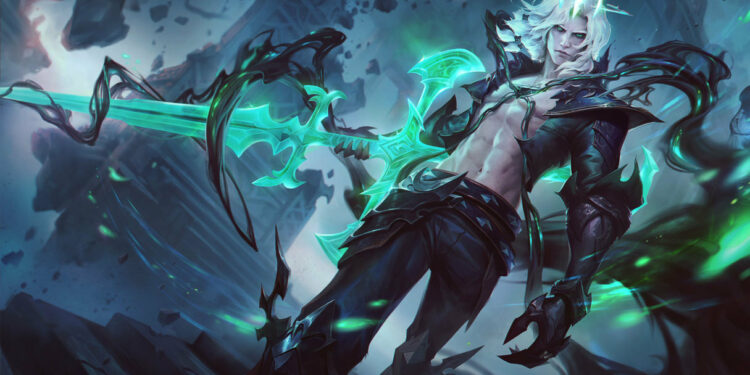 League of Legends fans are begging for a well-deserved nerf for Divine Sunderer in the next Patch.

Divine Sunderer has been a standard top lane item for champions that seek to bully and tear through tanks since its introduction in November of 2020. The item’s popularity has gradually increased since it received a boost to its passive in patch 11.11. So much so that it now has a 51.1 percent win rate and is the second most purchased item in the game, trailing only Zhonya’s Hourglass.

As a consequence, the League community anticipated Riot will address the issue with the 11.16 patch. However, the nerfs to Divine Sunderer never happened, and players have begun to express their dissatisfaction with the item’s current power level.

The patch notes were released to the League of Legends subreddit shortly after League Patch 11.16 went live, and gamers immediately responded to Divine Sunderer’s absence from the nerf list.

The majority of the criticism is directed at the item’s capacity to tear through tanks while also healing the user. According to players, this makes it hard to compete in lane with bruisers like Camille and Wukong, whose ability to trade and take long battles is so excellent.

Fans are so anxious for it to be addressed that they have began pleading with Riot to nerf the item, with one user saying, “please for the love of God, nerf Divine Sunderer, I’m so tired of seeing half the players in every game build it.”

Camille’s presence in the meta, according to another, is entirely due to the strength of Divine Sunderer: “Camille was in a good condition before Divine Sunderer buffs… This isn’t due to her strength, but rather to her ability to use the best item in the game better than other champions.”

The community is clearly getting increasingly unhappy with Divine Sunderer’s dominance in the top-lane, particularly tank players who believe it is destroying the role: “It’s the hp. The stats, the armor pen, and the healing. “How the f**k do I win against this as a tank?” one wonders.

For the time being, it is unknown whether Riot will nerf the legendary in the upcoming patch. While fans are irritated that the item appears on so many champions in every game, there must have been a reason why the designers opted to leave it alone in 11.16.

Regardless, with so much reaction from the community, it’s apparent that gamers are dissatisfied with Divine Sunderer in its current condition.