DK take down Nongshim Redforce, make their way into the LCK Finals 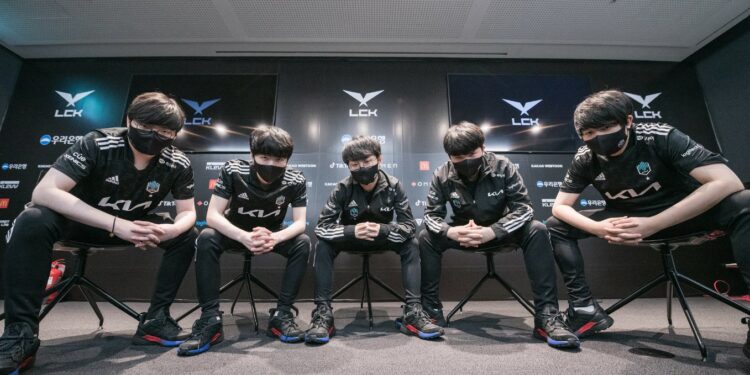 Nongshim RedForce and the defending Spring LCK champion DWG KIA faced off in the first semi-final match of the LCK Summer 2021. Nongshim had an outstanding record in the summer of 2021, defeating numerous tem in the big league of LCK, including DK.

However, Nongshim Redforce couldn’t stand against DK in the Semifinals of LCK, and eventually, lost their ticket to win the LCK Playoffs.

DK win against Nongshim Redforce with a score of 3-0

DWG KIA had a total dominance against NS in the early game because to a significantly higher champion quality. They also took advantage of their opponents’ mistakes, particularly in Gori’s position, to successfully secure important objectives.

Despite making a few mistakes in team fights, DWG KIA still did not lose its advantage. 35 minutes into the match, NS tried to stop DK to get the Wind Dragon Soul, but they were not fast enough and let the 5th Wind Dragon of the game fall into the hands of Canyon. With the new power threshold, DK ends in less than 1 minute.

DK continued to play hard on the wings on the map, and Khan also did an excellent job when helping DK maintain great pressure. They are willing to trade dragon control for NS and give their marksman a lot of space. However, when entering combat, Nongshim Redforce’s marksman couldn’t play the game when BeryL’s Leona timed it very accurately to prevent situations when Samira uses her ult.

In the 23rd minute, DK got Baron after a clean sweep. They immediately took away almost all 3 lanes of NS. The final win condition of Peanut and his teammates, the Soul of the Water Dragon, was also taken away by DWG KIA. And with the huge amount of long-range damage from Jayce and Ziggs, DK easily wiped out the enemy team again before the end of the game.

DK continued to take full advantages of the game with an overly efficient Diana in the hands of Canyon. Especially, with the correct Diana – Yasuo combo, DWG KIA ended all NS’s hope and won the final with a score of 3-0.

With this result, Nongshim RedForce will have to beat VLKV to get a ticket to Worlds 2021.

The next Semifinals match between T1 and Gen.G will determine who will move on to the LCK Finals with DWG KIA.

As for DWG KIA, the team is returning to the champion’s silhouette. Absolute strength in the upper half of the map, especially with a Canyon playing extremely well, the 2020 World Championship champion has all the confidence to defend the championship. Is there any opponent that can hold back DWG KIA when they have regained their form?