DK ShowMaker: “There are a variety of villains habitating that server “ 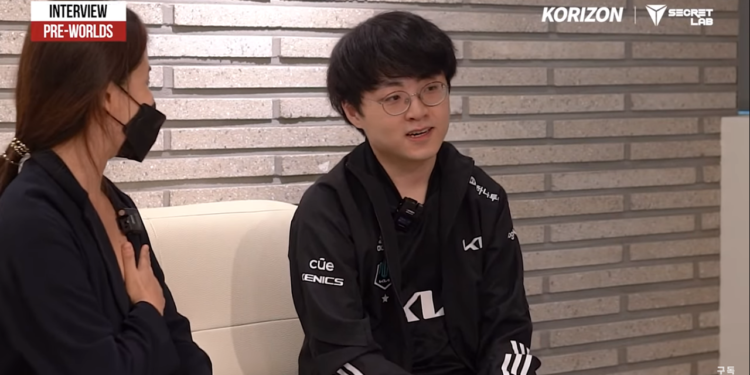 Ranking in the EUW server seems not easy for ShowMaker…

According to the previous announcements from Riot Games, Worlds 2021 is being held in Iceland from October 5 to November 6. Iceland was also the nation hosting MSI 2021, so a lot of pro players now have another chance to come back to this country for the largest annual LoL tournament.

Obviously, in the preparing time for MSI 2021, players from other regions had to experience ranked matches in the EUW server as a way to practice. For DK ShowMaker, solo queues in this server seems not easy for him.

The EUW server is apparently the one having the most “bizarre” players with special and “outstanding” thoughts about this game. One of the most well-known streamers in EUW – Thebausffs, who specializes in Lethality Sion, can be the statue for the most common playstyle of this server. Not only do these “exclusive” non-meta playstyles have negative effects on the match, but they will also easily become burdens for their teammates. ShowMaker has already gotten acquainted with the hard environment in South Korea, so getting sick of this server’s playstyle is completely understandable.

DWG KIA is the first seed of LCK in Worlds this year, and they are about to travel to Iceland to participate in this tournament. This means they are meeting those “outstanding” playstyles one more time. Hopefully, this time will be better and they even can use them to surprise their opponents.