Do you know: How was League of Legends 6 years ago? 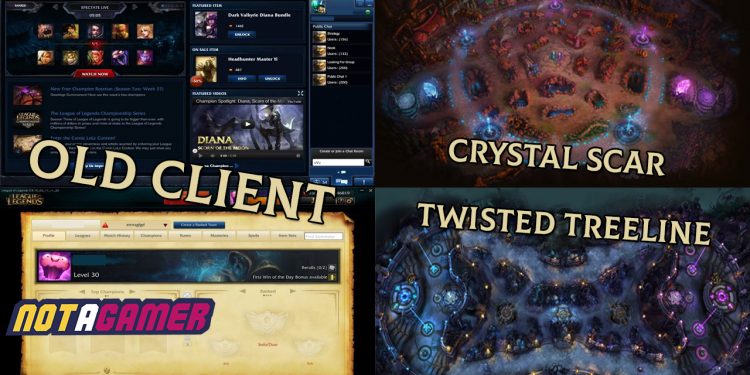 An extremely interesting data about League of Legends 6 years ago, then Meta game was very different from now.

These are the numbers recorded by the LoL community on April 14, 2013 (6 and a half years ago). At this time, the MSI tournament has not appeared yet. Do you know what League of Legends looked like in this period of time?

– League of Legends had 112 champions, Zac was the most recent champion at that time. (Currently we have 148 champions, which means that about 5 new champions are releaseded annually).

– The champion with the highest win rate in ranking was Rumble with 55%. (Right now, people don’t seem to play Rumble anymore).

– The champion had the highest selection rate was Caitlyn: 43%. (At that time, her long-range “arm” and Attack Speed were not nerfed).

– The champion with the lowest win rate is Karma: 38%. (Later Karma was reworked).

– The champion with the lowest selection rate was Urgot: 0.65%. (Happily, Riot Games have finally remade this “crab”).

– There are no black-skin champions yet. (Lucian debuted in August 2013, perhaps this statistic has struck Riot Games).

Pulsefire Ezreal before and after

– Corki and Cho’gath were the champions with the most Legendary Skin: 2

– Meanwhile there was only 1 Ultimate Skin: Pulsefire Ezreal.

– There were 4 maps, which are Proving Grounds (the map that you practice when you just created the game), Summoners Rift, The Crystal Scar and Twisted Treeline. Howling Abyss map is about to debut.

– Client game is still using the Adobe AIR toolkit. (Now the new Client is much smoother).

– World Elite (China) was the strongest team in the world right at that moment. (Until Worlds 2013, Korea officially dominated League of Legends).

– EG and Gambit were the two teams with the most consistent line-up.

– TSM has yet to win against Korean teams.

– League of Legends has not yet been broadcast on television. (Now this has become popular.)

– Teemo has not been removed from the game. (He’s still there, guys).

– Pingu penguin has not been released yet. (It is now in the Team Fight Tactics mode).

– Urf sea cow has not been released (this is the Urf champion that Riot Games intended to do, not in URF mode).