Do you know the origins of names of League of Legends Champions? 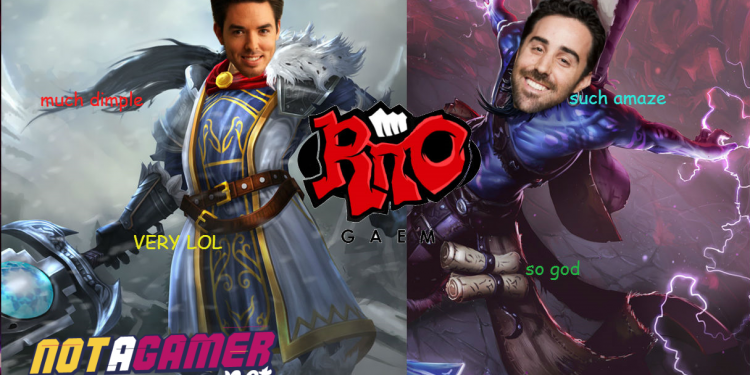 From the Game Developers …

Certainly, many people have known that Ryze and Tryndamere are named after the two “big bosses” of Riot, right? But that is just the beginning since in League of Legends, there are a lot of champions that are named after Riot developers and employees. So who are those champions?

This couple is already really popular with LoL players

The two men above had quarreled drastically for Volibear, and this eventually led to a hidden passive between Volibear and Zilean that you can see in the game.

Annie is also named after… Guinsoo’s girlfriend, and she also has a teddy bear named Tibbers

… to epic and mythical stories

So Master Yi is Tang Seng – the great monk?

Gangplank’s boat was blew up by Miss Fortune

Luckily, he still has not made any atom bomb in the game

And there are only typical names, besides a lot of other names are not mentioned…

In fact, each name in the League has its own meaning, usually from other languages. If you have any names that are questionable about its origin, leave a comment below and maybe we could help you to find out. Also, don’t forget to send us interesting questions about League of Legends so we can continue in the next section.