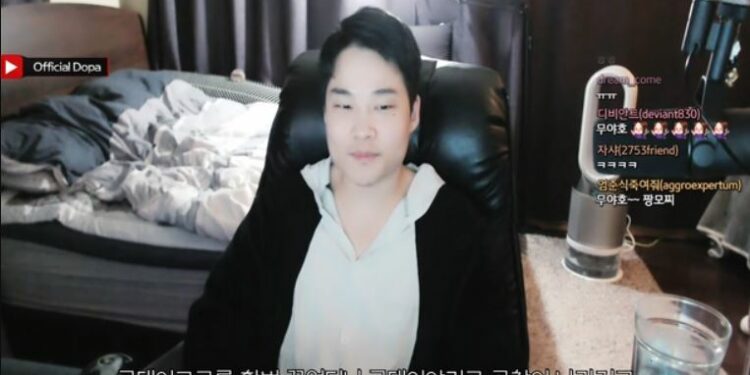 According to Dopa, Xin Zhao and Lee Sin are inadequate for the current Jungle meta.

“Xin Zhao and Lee Sin are two champions who have caught my attention. It’s Xin Zhao and Lee Sin on a solo lane, I’m not discussing jungler roles here. Xin Zhao’s kit is now more suited to the top lane than jungle. Lee Sin, on the other hand, is no longer an effective jungler in the same league as Hecarim or Udyr, but the solo lane is a viable option. So I think these two champions would shift into very strong solo laners in the near future,” Dopa said during his latest stream.

As previously patch notes, Xin Zhao got a mini-rework with his abilities now having an additional AP rate and a new effect. However, his passive and (Q) have been nerfed for regeneration and damage instead, making Xin Zhao’s ganking and jungling abilities at the early levels no longer as strong as before. By noticing these changes, several pro players brought Xin Zhao to the top lane with critical build. Essence Reaver proves to be a powerful item when it provides damage, cooldowns, and mana regeneration effects. Furthermore, W’s damage interacts with the critical strike stat, so this Xin Zhao playstyle is expected to be very effective.

As mentioned by Dopa, together with Xin Zhao, Lee Sin is regarded as an underdog for the current jungle meta, and his pick rate has fallen drastically. Since Turbo Chemtank remains an effective item, champions who use it have risen significantly stronger in recent times.

In terms of gameplay, Lee Sin still possesses large burst damage output and high mobility in the hands of highly-skilled players. This champ can shine brightly in solo queue with his terrible snowball abilities. Hiena, a player at a Western European server, has been stuck in Diamond rank for four consecutive seasons, however, by using Lee Sin mid lane, he successfully climbed to Master rank in just a few short weeks.

It is apparent that Dopa’s predictions above are valid. In short, Xin Zhao and Lee Sin are expected to rule the mid lane and top lane positions in the next few patches.