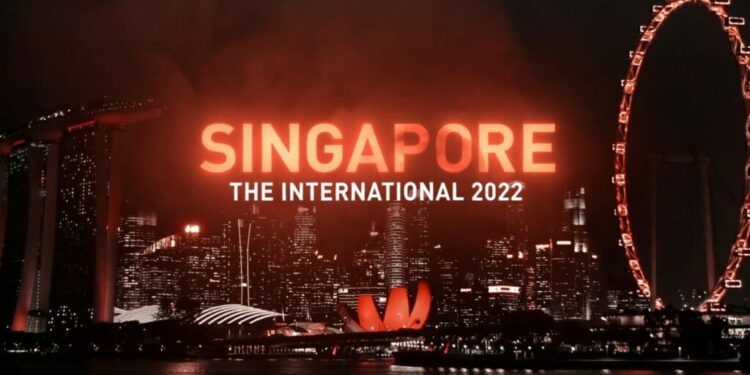 One of the most popular esport events, TI11 is coming soon in Singapore.

Where would you rather spend $360 if you had it? Seven trips to Universal Studios Singapore, the island’s happiest spot, versus one spectacular weekend of witnessing esports history being made?

The ticketing details for The International 2022 have just been released by Valve. Tickets for TI11 will go on sale in August, two months before the Dota 2 main event, which runs from October 20 to 30.

According to Valve’s official announcement, tickets will be sold in a single wave, and each consumer can only buy a maximum of five tickets for each date.

Fans in Singapore will have the choice of receiving their tickets by courier or picking them up at will-call. Only will-call is an option for attendees from abroad to pick up their tickets.

Where to buy TI11 tickets?

Vale has not announced the official website for purchasing tickets yet. We will update as soon as possible, fans should not trust any fake website in order to avoid scammers.