Doublelift: “Solo queue would be more interesting if players can communicate with each other by voice” 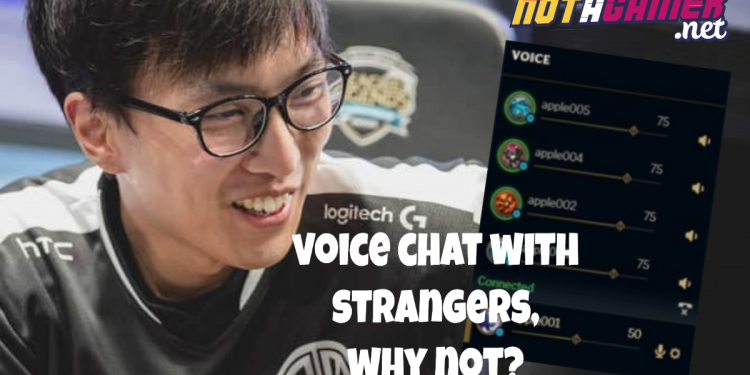 There are many opinions surrounding this issue and Doublelift, a player who is probably very familiar to us, thinks that the experience when playing solo Q rank will be improved a lot if the match includes voice chat.

Currently, many PvP games like Arena of Valor or PUBG allow players to team up together and talking freely during the game. However, for some reason, we still haven’t seen the same thing in League of Legends.

” I think League would actually be way more fun to play “, Doublelift said when duo with Biofrost. “There will obviously be the occasional AIDS player, but overall, it’s gonna be so much better, I think.”

Doublelift thinks that if there’s a conversation mode in a ranking match, it’s easier to tell someone where they went wrong and how to fix their mistake. However, many people on his channel disagree with his point of view, saying that this could make the toxic problem would become worse, eventually, even than the current situation. No matter you play in Iron or Challenger, allows voice chat will worsen the toxicity in the game. There are many issues around developing a tool that allows players to talk to each other in rank, but also we can’t ignore the positive benefits if Riot created this tool.

The coordination as well as the ability to communicate will be greatly improved when players can talk to each other before holding a gank or team-combat. At the higher elo, this helps a lot in controlling the map, macro ability since players of Master, GrandMaster or Challenger skills merely are not much different in skills. Many players also believe that voice chat will contribute to make the game more realistic because they can talk to others to strategize, instead of thinking that teammates are just randomly arranged players and indifferent to them.

However, before Riot considers about it, they have to improve their system to deal with these kind of players that always appear in any rank. Because even when there is no conversational system, people often face with teammates blaming in the chatbox and continuously to “throw” the game.

How about you? What do you think if our League of Legends has a system that makes it possible for unfamiliar players to talk to each other by voice? Feel free to leave your comments in the comments below!