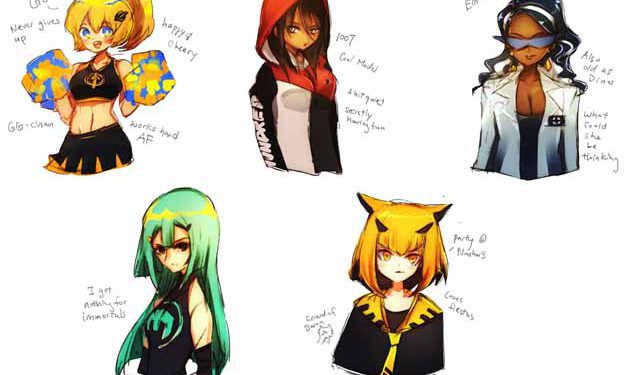 The professional League of Legends teams of LCS include: Team Liquid, Cloud9, Team Solo Mid, Counter Logic Gaming and Flyquest. With enough options for you to choose, from charm, personality to super cute loli will make the most difficult wibu also be captivated.

In addition, the owners of these works are still planning and need to contribute ideas to continue the paintings for the League of Legends teams in other regions too! Everyone, please contribute ideas for her to produce the next waifu!

Waifus please throw out some ideas for LEC LCK LPL. help a girl out.

This series of photos was make by the painter whose name on Reddit is Lady Hero. In addition to the waifu League of Legends photo series, she also has many extremely lovely works about anime and some other genres. So you should visit her Reddit to find out more! Guaranteed to make you satisfied.