League of Legends: DWG Worlds 2020 skins have been revealed 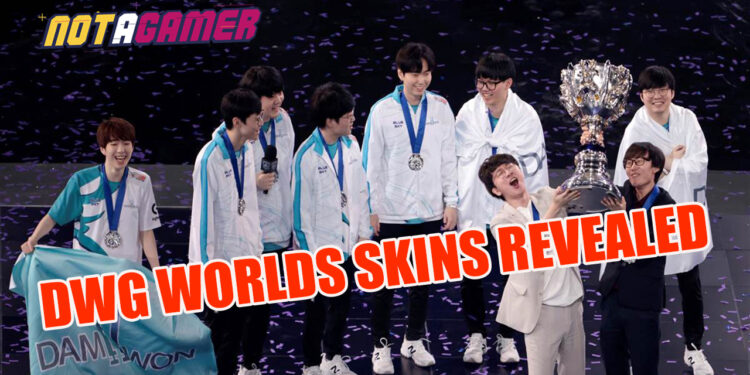 According to some believable information, the skin series honoring the World Championship title of DWG will be published right in this month

Recently, a picture which was said to be the splash-art of the Worlds skins made to honor our 2020 Championship – Damwon Gaming (DWG) appeared on the Korean server. Its background has the logo of former DWG remade in a more modern way on it, while blue, the major color of that team, is the main color of the skins.

As you can easily see, skins appearing in this picture are:

In the total of these five skins, Jhin is the only champion which used to own a Worlds skin before (SKT T1 Jhin – Bang – Worlds 2016). Other ones are Kennen, Nidalee, Twisted Fate and Leona, receive Worlds skins for the first time!

All of those 4 champions are the ones that make DWG become monsters, and used to be picked by them in Worlds 2020. What a pity that Graves and Pantheon were not chosen, when Canyon and BeryL have had an eye on them before, but finally, Nidalee and Leona are their last choices.

So far, Riot Games have still not given us any official responses about this picture. However, if we examine the annual rule, the period from the end of April and the outset of May is the time when Worlds skin series is published, so the authenticity of the above picture is considerably high.