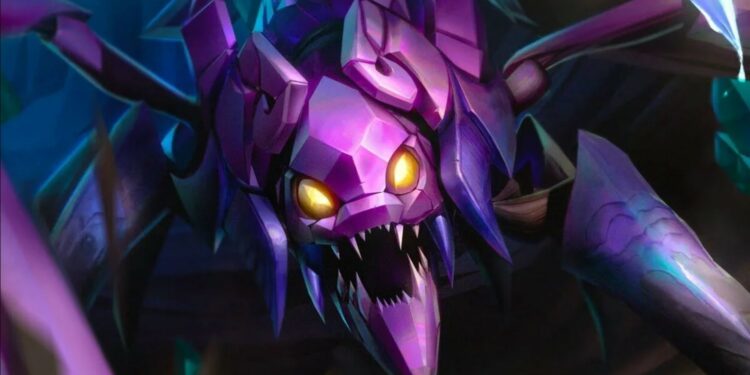 Riot has released more details regarding the Crystal Vanguard VGU, and here’s everything we know so far about it

Skarner won the VGU vote earlier this year and will be the second champion to be reworked after Udyr. However, there isn’t much information on the rework available at this time. But, according to the most recent Champion Roadmap, he’ll soon be getting a newer crystal armor and sharper claw.

Riot Reav3 stated on the April 2022 Champion Roadmap, “We haven’t yet officially started on Skarner’s VGU,” but they wanted to offer their fans a preview of what may be coming in the near future.

Larry “BravoRay” Ray, the League’s champion art director, has shared some new artwork showcasing some of his experimentation surrounding the champion.

The first two rows try to maintain Skarner’s concept while making some cosmetic tweaks to liven up the model. They experimented with several models in order to break Skarner’s classic scorpion appearance.

The third row will attempt to radically alter his lore, or maybe transform him into an ancient defender of the Shurima empire. The last row will provide him some amazing Hextech augments that were bonded to him during Piltover trials.

As of currently, there is no information on the revised Skarner’s skills. Riot Reav3 had previously stated that they would maintain his kidnapping ultimate in some form. However, for the most part, they will build him from scrap. The fundamentals will also remain the same; he will most likely continue to be a fighter and a jungler.

After the Skarner VGU is operational, the League fan community will ultimately receive additional information via a comprehensive post. Since reworks take a long time to complete, the VGU is anticipated to be released around 2023.