Devs analyzed the early data from League Patch 11.18, which revealed forthcoming adjustments to Fizz, Renekton, and others 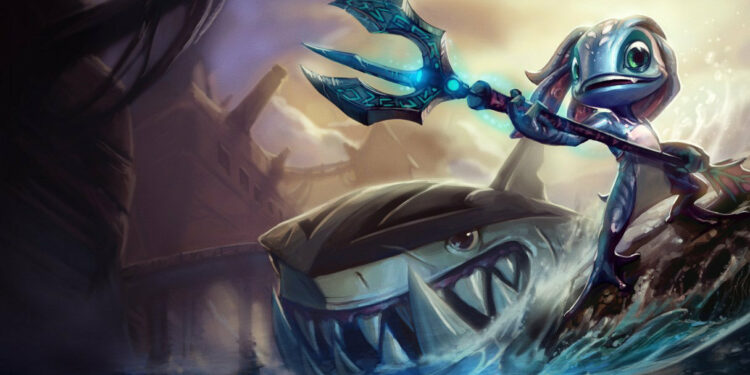 Riot devs have been making decisions for the future just shortly after League Patch 11.18 was released.

League of Legends Patch 11.18 has been released for nearly 24 hours, and the game’s developers are already reflecting on the data since the changes were made.

League Patch 11.18 will serve as a preliminary patch for this year’s World Championship, while Patch 11.19 will be the patch the tournament is officially played on. If anything, League Patch 11.18 is being used by the game’s developers as a testing ground for what will actually make the live version of the game by the time Worlds rolls around next month.

While certain changes are carried over from League Patch 11.18 to League Patch 11.19, many of the buffs and nerfs made by Riot in the current patch will be reversed or altered ahead of the Worlds patch, according to Head League of Legends Game Designer – Jeevun Sidhu.

“[Patch] 11.18 is out and we have some early data already,” said Sidhu on Twitter. “Out of the 33 champions we changed, 27 hit their targets pretty cleanly. I’m here to talk about the other six.”

The “other six” champions mentioned by Sidhu in the rest of his Tweet were Fizz, Qiyana, Renekton, Soraka, Singed, and Varus. When Patch 11.18 was released yesterday, all six of those champions have been heavily tweaked. For starters, Fizz has been way too heavily buffed, as have Nimble Fighter (P), Seastone Trident (W), and Chum the Waters (R). To compensate, the champion has already been hotfixed and will receive a more conservative buff in Patch 11.19. Singed received a buff in Patch 11.18 as well, and Riot stated that it is “okay with this for now, but [it] would need to see more games with him to confirm.”

Varus’ nerfs need “additional data” before Riot can take appropriate judgment. Renekton has also been nerfed “very harshly,” and Riot is searching for “safe buffs” to add to the champion in Patch 11.19. Finally, Qiyana and Soraka were both buffed rather heavily, and there has been no evidence of Riot backpedaling on those two champions in particular at the present.

Patch 11.18 of League of Legends is now available on all worldwide servers, and Patch 11.19 will be available on September 22nd, according to the game’s official patch schedule. This year’s League World Championship will be held on that patch, and it will begin on October 5.