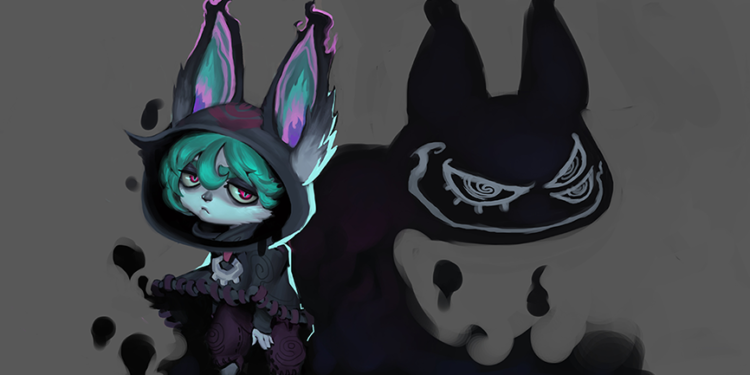 If this Vex’s ability was kept, it would enable “Miss Fortune ults that traveled double distance” and “Blitzcrank hooks that appeared out of nowhere.”

Vex, the next yordle in League of Legends, was initially intended to be an artillery mage who increased the range of allied missiles. However, according to Riot, it would have required “multiple years of VFX budget.”

The moody mage is set to arrive on the Rift later this month, adding some variety to the MOBA’s countless dashes. Her kit’s early incarnations, on the other hand, looked a little different. In an earlier dev blog, Riot covered Vex, describing how her abilities changed throughout the design process.

While increasing the range of rockets would bring a novel gameplay dynamic to League, it “simply wasn’t practical.” Every missile ability’s VFX would need to be tweaked in order to interface with her kit, which would consume a significant amount of developer time. As a result, Riot abandoned the extension mechanic in favor of focusing on Vex’s endearing nature.

Vex, being a dark and gloomy yordle, was certain to be offended by anything high-energy and annoying—which is where dashes come in. Her Doom ‘n Gloom passive allows her basic spells to disrupt dashes and Fear opponents on a regular basis. While this isn’t particularly beneficial if your opponent is a long distance away, the passive is more powerful at close range. And just like that, the Gloomist’s kit shifted from long-range artillery mage to anti-dive mage.

The Gloomist will be available on September 23rd, along with League Patch 11.19.