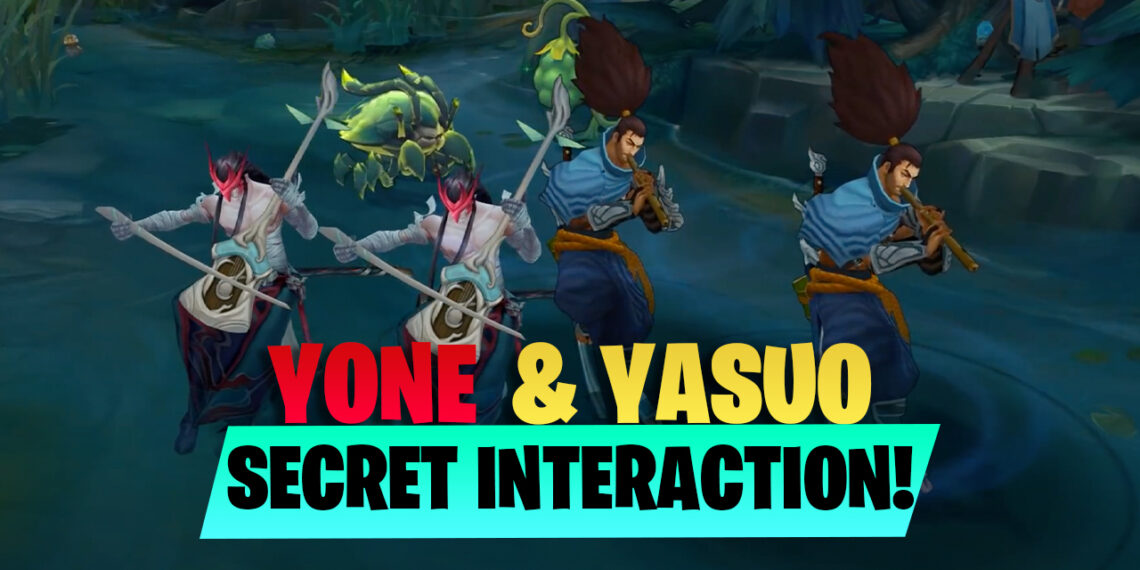 A famous League of legends Youtuber name Vandiril has found an easter eggs in Yone and Yasuo interaction, which allows one player to control another at the same time in-game in patch 10.16.

As the 150th champion in League of legends, Yone in patch 10.16, massive amount of players have been diving in to master The Unforgotten’s new abilities, and playstyle.

While his amazing skill set is being value “Balance”. He and his brother, Yasuo actually have a secret interaction while “Ctrl+3”, allowing one to control another at the same time.

Secret interaction between Yone and Yasuo.

While both have a similar way to taunt the opposing team, by pressing “Ctrl+3”, they will lean back and play their own instrument.

Yone own a violin and Yasuo has a flute, Youtuber Vandiril explained that making the Ionians play the instrument at the same time would resulted in a Mini-orchestra on the Rift.

This interaction also allow Yone player or Yasuo player to temporarily take over the control of the other character, pressing the taunt key would restart the interaction.

However, this interaction has no effect on the game and it can only be done by both player press “Ctrl+3” at the same time. It can be cancel by pressing anywhere else on the rift.

Beside the brotherhood of Yone and Yasuo, there is also Nasus and Renekton who also have some secret taunts to each other. Or the Lover duo, Rakan and Xayah, although this couple’s abilities can give the other extra attack speed.