Everything You Must Know About Wild Rift – League of Legends Mobile 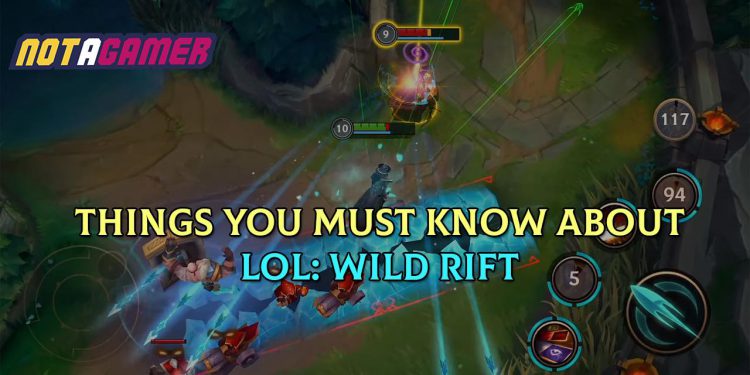 Today we will be discussing everything we know so far about Wild Rift – the upcoming mobile release.

Back in October 2019, Riot announced their huge plan in the near future. One of the most interesting announcement was League of Legends Wild Rift. Wild Rift is Riot mobile and console port of LOL. Something the community has been asking about and requesting for years.

Naturally Riot can’t just port all the Summoner Rift mechanics, chapions and skins to Wild Rift. Wild Rift have been adjusted with a few changes to the basic mechanics.

To better accommodate mobile platform. Major of players in mobile platform can’t play with a mouse and keyboard, Riot introduces the dual joystick system (similar to others mobile MOBA games) that will work with both touchscreen and controllers. Due to joystick system, some skills that rely on point-and-click system is much harder to use. In order to solve that problem, the dev team has changed the way some certain abilities work. For example, Miss Fortune Q – Double Tap, Annie Q – Disintergrate is changed into skillshot abilities.

Another direction Riot seems to be heading is changing passive abilities to a more interactive versions. Like Vayne W – Siver Bolts is remade into an active attack speed boost ability.

Some champions will remain the same but a few champions will be receive minor overhauls. Shyvana will receive buff base on what types of drake she kills (for example, she receives true damage if she kills an inferno drake, if Shyvana kills a mountain drake, she gets a slow added to her kit.

Exciting changes like these make Wild Rift concept so interesting. Although the new Ashe Ultimate is pretty terrfying. Her R now becomes a guided projectile similar to Yuumi’s Q or Lux Ultimate is expanded throughout the whole map similar to Senna’s R. It’s a free place for Riot to explore more features and might later be added into Summoner Rift.

A normal LoL game tends to take from 30 – 40 minutes and that is way too long for mobile gamers. Knowing it, Riot tweaked a few things to reduce the game time from 30 – 40 to 15 – 20 minutes. They condensed the map, changed the rune system to be more universal and even add new unique runes, higher gold income is also rumored.

Red Buff now gives straight-up damage buff. In the late game, Red Buff evolves into a stronger version, perhaps granted you extra damage. Blue Buff now grants HP + Mana regen. Similar to Red Buff, Blue Buff will also evolve and give a late game regeneration buff.  Elder Drake isn’t quite the same on Wild Rift either. In stead of having just one Elder Drake like usual, it now has 4 elements like normal dragons which grants even more powerful version of the same buff.

To further reduce game length, each Nexus will no longer have two turrets guarding them. Instead, they fire by themselves.