Everything you need to know about The Eternals 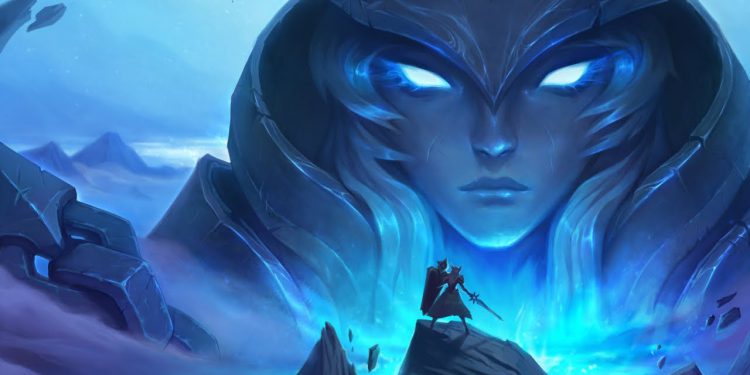 What is The Eternals?

The Eternals, roughly understood as a project that Riot has long embraced, is an upcoming premium champion mastery system in  League of Legends allows players to proudly showcase their personal accomplishment inside and outside of Summoner’s Rift.  The display of the milestones as well as the achievements of players makes it easier for you and other gamers to compete in League.

Specifically, The Eternals is a tracking feature that allows you to save, honor and show off the glorious moments you’ve achieved both inside and outside of Summoner’s Rift.  After owning an Eternals chain, your statistics will be automatically collected by the system. Even your Bicycle kick with Lee Sin or other combos can be shown to other players.

So what does The Eternals bring?

When owning The Eternals, players can completely track their statistics, similar to the Mastery score in your profile.  The information on your Eternals can be displayed on the back of the Champions’ card in the loading screen, as well as displayed after you defeat or support the defeat of a certain network.  Players can also completely adjust the information they want to display to The Eternals.

The Eternals will be divided into two categories: Normal and Special.  Special Eternals will display information and specific stats to the hero, such as how many Enchanted Crystal Arrow you have shot as Ashe hit the target in a game.  As for Eternals, the stats will be more general, such as the number of times they lay down or the number of minions farmed.

To unlock these privileges, the player must reach key milestones in the series of The Eternals.  The player who shows the best for that stats will be recognized after passing the five milestones of each Eternals.  And when you beat that individual, all players will see your accomplishments stand out.

Especially, if you reach 15 milestones in The Eternals, your Ctrl 6 button will now have your own fiery effect.  Moreover, your Mastery can be upgraded even more with many Eternals being conquered.

Each individual Eternal has a corresponding ‘type’ that roughly correlate to champion classes, which function to cosmetically segregate the achievements. For example, Eternals relating to crowd control score are classified as ‘Warden’ Eternals, with a corresponding ‘Warden’ statue and blue visual flares.

This is a full list of every champion’s Eternals posted by u/molenzwiebel on League of Legends’ Reddit Community 6 moth ago for all of you to check it out. The first set contains one statistic tracked that is specific to the champion and two generic statistics (kills, damage done, shielding, etc…).

How much does it cost to own The Eternals?

(Note: The price of RP below is calculated according to North American server)

However, after a few complaints from players about the price paid to the God of Fire, Riot came up with another way to be able to own the God of Fire without spending RP.

Specifically, the starting combo for the Eternals will be able to be sold for only 2500 Blue Essence (or 225 RP) per champion.  This combo includes Eternals with stats such as the number of layouts, the number of buildings destroyed, and the number of farm monsters.

Riot explained  this will encourage teamwork more in the game and can be applied to every champion.  You can not win without destroying buildings, not slaying dragons for advantage or simply kills.  Your index will increase as long as you participate in the above contributions.

Besides, Riot will release the Eternals as a free reward in the ranking mode.  Each will contain Orange Essence and two random Eternals shards, similar to the skin or champion shards.  Separating these Fire Spirit shards also gives you Orange Essence, as well as using Orange Essence to upgrade them.

Riot is also very psychological for those who have a large number of champions and do not want to buy the Eternals for each general.  Not only are discounts, a Series Pass will be reserved for these players with all Eternals in one combo being unlocked for all generals at an affordable price.  This combo costs 5850 RP, which is 90% cheaper than buying it individually.

The first combo will also cost 14750 Essence Blue, which corresponds to 1350 RP when purchased in the store.

When will The Eternals officially debut?

There are so much consideration as well as argument about The Eternals such as their features, their price and even their affection to the players’ experience. What about you? What is your Opinions? Share with our community in comments and Thank you so much for that. See ya in the next analysis.