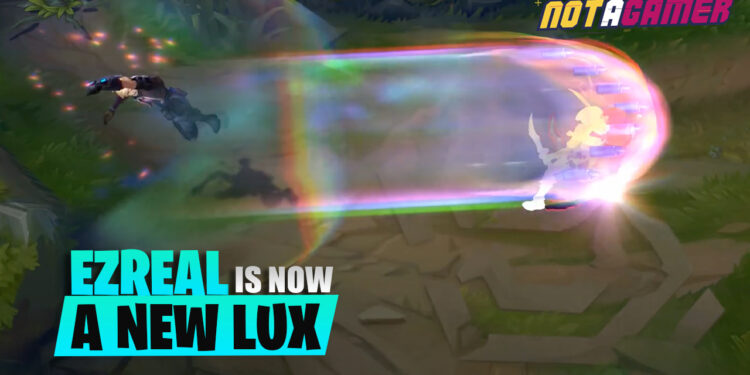 Ezreal has taken the championship belt from Miss fortune and is now the champion with the most skin:

We have already known that Miss Fortune is the champion that has most skin in League of Legends. Somehow, no one back then can overtaken this title from her for many years. Nevertheless, her crown is now has been overthrown by an other champion who is famous with the name Ezreal.

It is so unbelievable when the new Ezreal’s skin is now accompanied with the Prestige, making the total skin number up to 15 in contrast with 14 of Miss Fortune. So from now on, Ezreal may be the champion who has the most skin in the entire game.

Of course at the first look, Prestige Psyops is an remarkable and gorgeous skin that Ezreal has in the latest version of League of Legends in Patch 10.16.

This line has something for everyone. Ezreal, Master Yi, Shen, Vi, and Sona will receive these skins. Sorry, Sona mains, but the Prodigal Explorer Ezreal will have a PsyOps Prestige Edition skin that players can unlock.

The skin looks similar to True Damage in its metallic and colorful feel but features some cool android-like sounds and effects. Thus, Ezreal can be able to attempt more physical damage on his enemies.

Although it’s unclear when these skins will be playable on the live servers, they’ll be up for purchase after they’ve been introduced on the PBE to make sure there aren’t any visual bugs or other issues with them.

In anticipation of the expected release of these skins, players should ensure they save up some RP since these cosmetics likely won’t come cheap.

Riot revealed the new PsyOps skin line today. The Public Beta Environment preview displayed which champions the vibrant and colorful skins will be available for.

Let’s try this whole new skin and speak out your experiences and feelings through comments below.