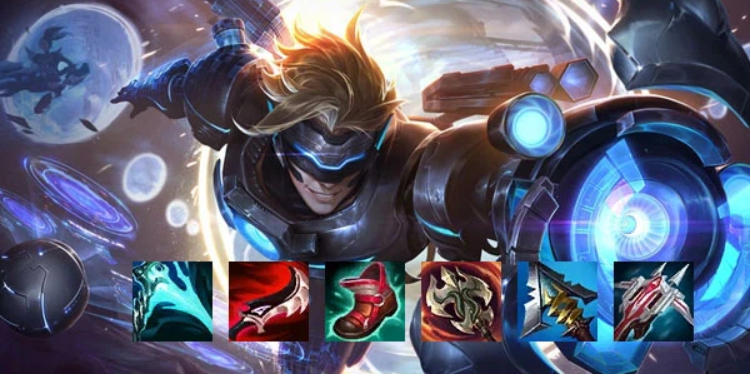 Since the release of League Patch 11.3, Ezreal build has switched to Essence Reaver instead of Muramana.

The fact that Manamune has been nerfed in patch 11.1 can be considered as one of the major changes for champions such as Ezreal. Although the bonus AD (…) is increased, its passive damage was greatly reduced. That is the reason why the Manamune can’t now provide as much damage as before, even when you use the skill-shots precisely.

However, the Essence Reaver also got a buff (mana regen based on 40% of the Spellblade passive damage), players started to realize that this item was then a better match for Ezreal. Basically, This champion always makes good use of the items that are upgraded from Sheen, including Essence Reaver. Furthermore, Ezreal’s Q – Mystic Shot also got his AD damage scale rate increased to 130% in Patch 11.3. So the item for straight bonus AD such as Essence Reaver would be much stronger than Muramana on Ez.

This makes Ez able to effectively deal damage at a very early stage, with the purchase of Essence Reaver. You will no longer have to wait until the stacking of the Muramana is completed to truly do stable damage. Even this item’s Spellblade passive interacts with bonus AD, the better he scales, the more mana regeneration and output damage that he will possess.

With the use of the Essence Reaver, you will have to bypass Divine Surrender to find another Mythic item. And the top pick of the masters is Duskblade of Draktharr, the reason is extremely simple, this is the item that provides too many bonus AD and skill cooldowns. Ezreal doesn’t make good use of Draktharr’s stealth passive, but its stats are just too great for him.

Remember, Ez often buys items with skill cooldowns. When combined with Draktharr’s passive, you will have about 120 ability haste (equivalent to 55% cooldown reduction). With a champion that deals primarily damage with skills like him, that stat will turn this Explorer into a real “monster” in the game.

On how to build Ezreal in the Essence Reaver style, you still use the Conqueror as usual. As the Sorcery as the Secondary page, players should choose Manaflow Band points to ensure mana stats in the early game, when Essence Reaver has not been completed.

For item build, Essence Reaver is the first item you should own, then rush to Duskblade of Draktharr. Items such as Ravenous Hydra, Serylda’s Grudge are still optimal options for Ezreal at the later stages.

In short, the new path to map with Essence Reaver, Draktharr will help Ezreal become stronger early instead of waiting for the count of Muramana. If you need to find strong, new gameplay in Patch 11.3, Ezreal Essence Reaver is the best choice of all.