Faker continues to appear in Worlds MV for the 4th year in a row, fans get worried because of this reason 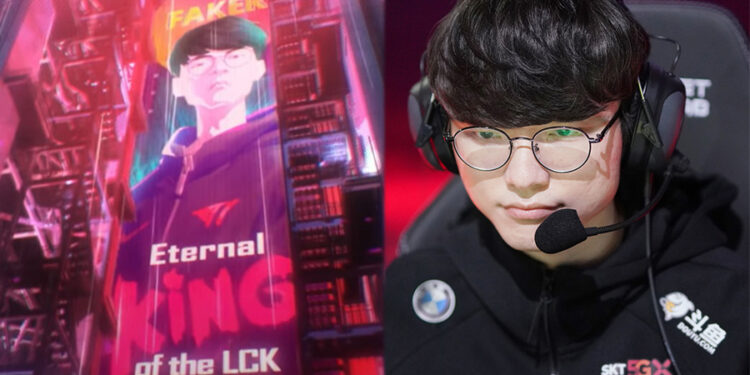 Even though appearing as the most iconic player in League of Legends, fans are still worrying about Faker in this year Worlds

As revealed from Riot Games, the official MV “Burn It All Down” of Worlds 2021 has been uploaded. And, unsurprisingly, Faker continued to appear in the MV when, at one point, within the first 5 second, showed Faker’s picture accompanied with “The Eternal King of the LCK” is a phrase used in the LCK.

Although Faker does not attend Worlds every year, he has participated in many MV publications supporting Worlds and this year “Burn It All Down” Worlds 2021, marks the fourth year in a row since Worlds 2018.

However, Riot’s advantage in “exploiting” him has become a source of concern among fans, who fear he might fall into a trap that is impossible to escape.

Since Legends Never Die (World Championships 2017), the following MVs have all included real-life pro-players as prototypes, and since RISE 2018, every player referenced by Riot, regardless of their name in the MV, has not been so lucky in Worlds.

From Ambition, Caps to Faker… every time Riot mentioned their name in an MV, they all showed less appealing with the World Championship. Rookie won Worlds 2018 and participated in Phoenix and was eliminated in the 2019 Semi-Finals. Ambition won Worlds 2017 but left right from the group stage of Worlds 2018 after being the main character of RISE, Caps lost the Finals 2 times in a row. the years 2018, 2019…

As for Faker, things haven’t been going around with him when he hasn’t won any Worlds Championship ever since 2016. As a result, fans are concerned when they find out that Riot would continue to use Faker as a character in their MV ever since.

Of course this “superstitions” belief is rather unbelievable, yet it might comes to reality that the chance of T1 winning the title this year is little.