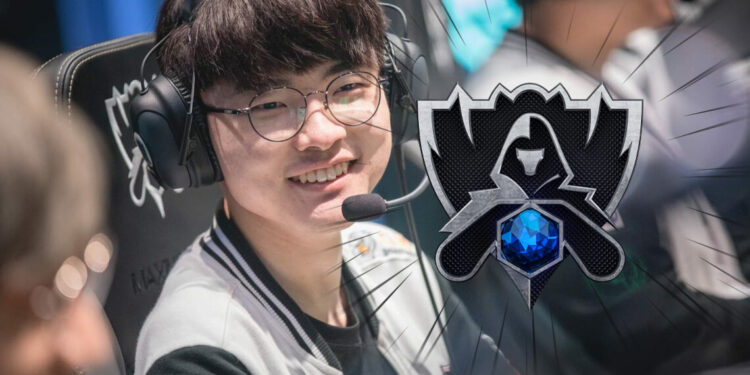 However, as the game has progressed, Faker’s performance has decreased. He has lost the title as the best League of Legends player recently. Winning a Worlds championship, though, remains a major struggle for him.

Faker’s only goal now is to win Worlds

In League of Legends, Faker has received several awards. He’s become an essential part of T1. T1 is adored all around the world. As a result, sponsorships and partnerships do not pose a problem for them. As a result, he is now playing a different role than before.

After T1 had defeated Gen.G on a 2-1 score, Faker had an interview and he shared his thought about how Worlds had changed his earlier days and now. He mentioned:

“Initially, my goal was to make lots of money. In my early days as a pro gamer my goal was money. However, this mindset changed in 2014.”

“After I had financial stability, the priorities of other values started increasing. Now, I prioritize reputation over money”

Before then, the T1 veteran used to be a player who was always looking for ways to get more money. He is a seasoned veteran, which gives him an advantage over others. As a result, he has begun to assume the position of a leader. He wants to make sure that his team never has to deal with the kind of pressure he did at the beginning of his career. As a result, he wants to lead his side to a Worlds victory, which he sees as a challenge.

We all hope that Faker will be able to fulfill his goal and win his fourth Worlds Championship and reclaim his title as the greatest League of Legends player.