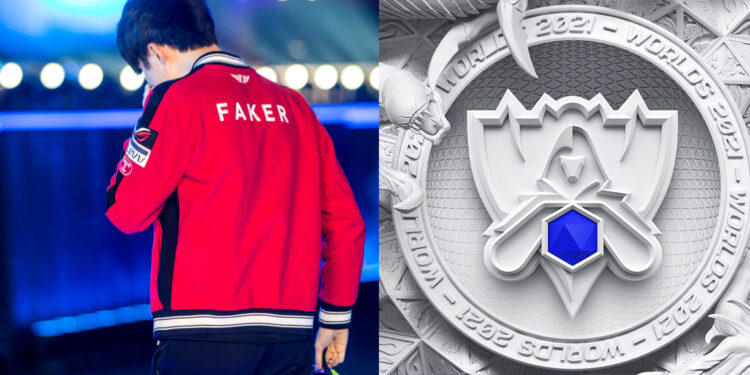 A few days ago, the League of Legends community brought to light an intriguing fact about Faker and his history of facing against LCS representatives at international events. Specifically, Faker played against NA teams 24 times in his career, winning 23 of them. Faker’s first defeat versus an LCS teams came in the MSI 2016 Group Stage against Counter Logic Gaming.

Looking back on that defeat, we can see that Faker‘s SKT T1 side had a significant advantage most of the time. Following this setback, SKT T1 still went on to win the 2016 MSI Finals, defeating CLG 3-0.

Surprisingly, Huhi, Faker’s mid laner in the preceding match, has suddenly switched to Support role. Huhi is even wearing the jersey of 100 Thieves, and the team is also in the same Worlds 2021 group B as T1. Although there is some hope based on history, it is far too likely that Faker’s T1 will fall to an LCS team at Worlds 2021. The explanation is simple: LCS representatives are underperforming at Worlds 2021.

Even for this year LCS champion, 100 Thieves is showing inefficiency in team selection, laning, and teamfights. The team can only win one game against DetonatioN Focus Me in the Group Stage and lost to both T1 and Edward Gaming. Chances of winning for 100T will be considerably low in the upcoming days.

Other LCS representatives, like as Cloud9 or Team Liquid, are even unlikely to make it through the Group Stage and face Faker. Cloud9 has already suffered 3 losses, reducing their chances of advancing to the Quarterfinals to nearly 0.

Team Liquid is in Group D, and while they can do somewhat better than 100 Thieves or Cloud9, their prospects of progressing are quite slim given how well Gen.G and LNG Esports are performing.

The poor performance of the North American region at Worlds 2021 is probably inevitable when the LCS tournament has extremely low professional quality compared to the LCK, LPL, and LEC. Perhaps the region will have to wait a longer time before defeating the ”Eternal King” once again.