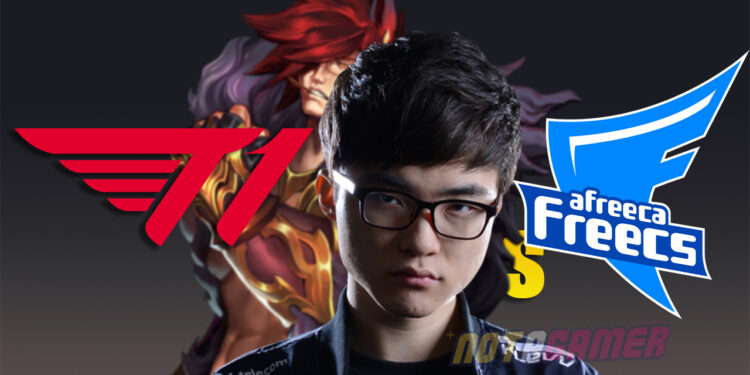 For some reason, in the most important game, T1’s coaching team was to give Faker the champion that he was not familiar with and had never used in professional plays before. Let’s see in-depth details with Notagamer right below.

T1 had to accept a surprising defeat against Afreeca Freecs (AFs) in the first round of the Playoffs LCK Summer 2020. A failure turned them into a king of the past and at the same time making T1’s ambitions of joining Worlds become more unreachable.

It is worth mentioning, Afreeca has never been evaluated as a competitor with enough strength to compare with T1, in the past or present. The proof is that before coming to the third catastrophic match, T1 had easily won in game 2 with Twisted Fate in the hands of “Demon King” Faker.

But most importantly, it was the extremely confusing ban / pick stage in game 3 – the final game that lead T1 to a painful defeat. It has become the trending topic in Esports community. Many people also began to believe that there was indeed a conspiracy against the “Demon King” when he repeatedly had to hold unsuitable champions.

Not only having given Faker the extremely immobile champion, Sett, T1’s lineup in game 3 also included Renekton – Karthus – Senna – Tahm Kench. An inflexible lineup, lack of early game damage, unable to win the lane, and no DPS champion at the end of the game.

If it was Sett in the hands of Effort or even Canna, we could understand it, but the problem was in the hands of Faker – who had never played Sett in professional plays before and he even had to cope with Zoe – the champion that was not only more flexible but also a master at poking in the mid lane.

The majority of Korean netizens believe that these are disastrous picks / bans which are directly pushing T1 into the abyss.