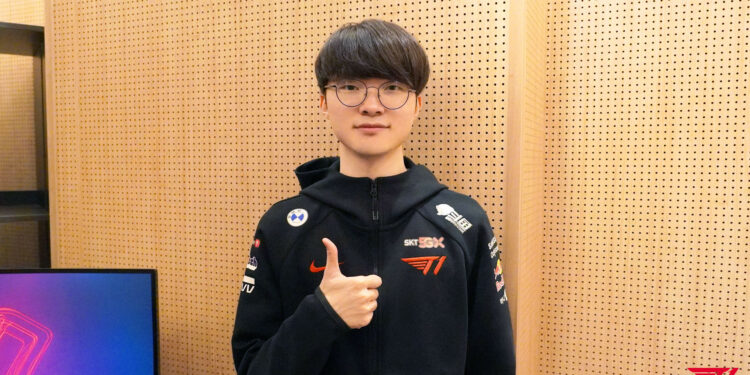 Even the best player in League of Legends history, Faker, is sensitive to teammates stealing his kill

On January 12, T1 faced Kwangdong Freecs in their opening match of the LCK 2022 Spring split. With a solid team led by Faker, who is in his seventh year with the team, the organization is one of the favorites to win the LCK. T1 got the job done against Kwangdong Freecs, and the 2-0 set finished with a stunning moment that jungler Oner will never forget.

T1 collapsed on the mid lane with roughly a 10,000 gold advantage in their LCK game versus Kwangdong Freecs, the renamed Afreeca Freecs. Faker crushed 3 enemies in the first few seconds of the fight, and KDF was completely defeated. As he is closed in on the remaining 2, Oner flies across the terrain to kill a member of the KDF who was already being herded.

Both Faker and Oner suddenly come to a halt in the middle of the combat, while the opponent Yuumi remains still alongside them. Rather than killing Yuumi, he purposefully performs a Viktor combo on top of Oner.

When LEC caster Marc “Caedrel” Lamont was watching the game, he couldn’t help but remark on Oner’s kill steal. Despite his rage outburst, he can be seen smiling with his teammates following the play.

Although having thousands of kills in his LCK career, Faker only has one pentakill to his name, which occurred in 2015. To begin the season, the mid-laner had to settle with the quadrakill, Ace, and clean sweep, which isn’t a terrible trade-off. There will undoubtedly be more opportunities for “The Eternal King” in the future, and maybe Oner will let him have the glory.