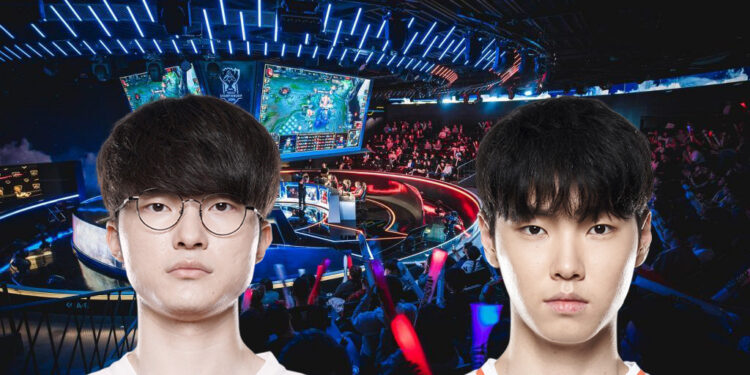 Korea’s Fmkorea website has some really intriguing statistics provided to League of Legends fans, just prior of the World Finals in 2021.

As recently, Fmkorea site just compiled a list of the top ten mid lanes in LCK history with the widest pool of champions selection. Faker and Chovy are two of the most well-known names among them. Both are among the top five on the list, yet they leave their imprint on the world in different ways.

Of course, when it comes to Faker, the “King of nerfs” previously had the greatest pool of champions in the history of professional Korean League of Legends, with 68 champions used in 676 competitive games as T1’s mid lane. Furthermore, Fmkorea also stated that Faker used to have three unique mid-lane choices, including Kog’Maw (Summer 2015), Jax (Summer 2018), and Poppy (Summer 2018).

Notably, according to Faker, this was also the first or second time he ever played Poppy mid lane after defeating bbq Olivers.

Chovy was also one of the most mentioned name in the previous LCK Summer of 2021, when he constantly had extremely good team performances. Chovy also has an outstanding number of champions played, probably the most impressive one, for a mid-lane player with just 334 games, yet he is in the same rank as other veteran like Fly (429 games) and Kuro (471 games). Chovy, in example, has several unusual matches resulting from his top laning expertise, such as Volibear (Summer 2021) and Lillia (Spring 2021).

After the ranking was revealed and both Faker and Chovy were qualified for Worlds 2021, many opponents of these two names will have a difficult time finding strategies to beat them. These two mid-laners are likely to have more surprise inventions in their forthcoming encounters at the highest level of League of Legends, thanks to their huge pool of champions.