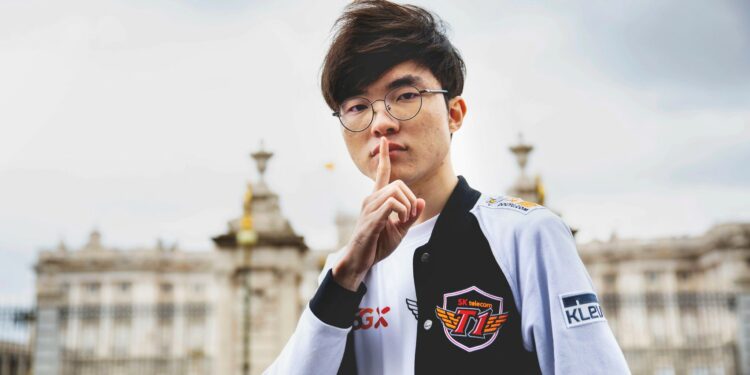 One of the best player of League of Legends – T1 Faker has played his 1000th game, adding another milestone to his incredible career.

Lee “Faker” Sang-hyeok, the legendary T1 mid laner, has become the second player in history to play 1,000 games in their professional career.

Today’s match between Faker and KT had a lot of ramifications and stakes on the line. As the three-time World Champion took his seat in the LCK Arena, he prepared for the match that would determine whether T1 finished the first half of the round-robin unbeaten.

In the end, Faker and T1 defeated KT Rolster in today’s match, with the mid laner using two of his iconic champion picks, LeBlanc and Ahri. T1 trounced their erstwhile Telecom opponents, winning 9-0 in the first half—and what better way to reach such a significant milestone than to do so in your 1,000th game?

To commemorate his 1,000th match, the T1 mid laner provided 400 cartons of bbq fried chicken and beverages for everyone who came to watch his game vs KT.

Surprisingly, despite the fact that it was a major party honoring the League’s equivalent of Michael Jordan, he is not the first to accomplish this achievement.

Due to player scheduling and Faker’s proclivity to split time with another T1 mid laner, former classmate DRX AD Carry Deft was the first to attain this milestone during his triumph over DWG KIA yesterday. All of Faker’s 1,000 games, though, were completed under a single banner.

Through 669 victories and 331 defeats, a 66.9 percent victory rate has been achieved. He has nine LCK titles, two MSI titles, and three World Championship titles to his name.

Since joining T1, originally SKT, in 2013, Faker has been the organization’s franchise cornerstone, helping the esports team to become one of the most well-known in the globe.

Faker, who is 25 years old, is still playing at the professional level for which he was initially recognized. He has the tools to make 2022 his year to rise back to the top and win his fourth World Championship later this year, with 1,000 games and a 9-0 record in the 2022 LCK Spring Split.

For the time being, the legendary T1 player may rejoice in this achievement of longevity in a professional sector that is devoid of it. Then he and T1 will re-calibrate and prepare for their match against Nongshim RedForce on February 20, when they will attempt to increase their split record to 10-0.