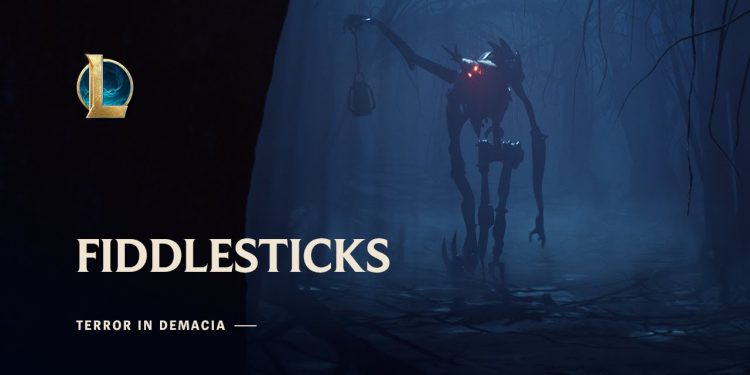 Fiddlesticks was reworked in patch 10.7, he had a rough start and be considered weak with aroung 40% win rate. Due to Fiddlesticks’s bad performance, Riot have buffed him in recent patchs, increased his damage output, added new effect and turned Fiddlesticks to a force to be reckoned in the jungle.

But as many of players have already known, when Riot buffs a champion a bit too much, that champion will become uncontrollable and overpowered in a different lane. Kalista top lane is a recent proof for this theory and now is Fiddlesticks top lane. The beginning of bringing this scarecrow to top lane was initiated from creativity of a korean legend Maknoon since he have played Fiddlesticks for more 200 matchs in top lane at Grand Master – Challenger in Korean server.

According to Maknoon’s conclusion after hundred of hours playing Fiddlesticks, this champion’s strongest feature that is his “toxic” abilities to trade in lane, mean he can deal damage to opponent but not vice versa. It’s due to the silence come from his E – Reap that makes enemy can’t strike back. In case of the enemy choose to come close to melee auto attack, his Q – Terrify will scare them off.

Because of this, Fiddlesticks always comes out ahead from trading. How can you win if you can’t strike back in anymean.

What’s special about using Fiddlesticks in top lane is that players focus completely in his capacity to crowd control, Fiddlesitcks becomes a crowd control mechine literally. Thus, the most suitable rune for this playstyle must be Aftershock, it makes Fiddlesticks tanky-er and harder to be killed in early small combat, the time Fiddlesticks is weakest.

By the reason of using Aftershock, Fiddlesticks’s build path is also changes completely, players will buy items that provide armor and magic resistance instead of using AP items. The first 3 items that players should buy are Frozen Heart, Spirit Visage and Zhonya’s Hourglass, those provide 40% CDR, cripple the enemies and increase Fiddlesticks’s self-health restorating ability. The order of buying these items is depend on who are you playing against.

Due to having two powerful crowd control effects are Silence and Terrify, Fiddlesticks top lane is noticed and used by the pros in recent competitive matchs. This playstyle is too perfect for competitive scene when you have an undefeatable lane, mean you always have lane pressure and from there you can take big target or force combat easily.

In LCS, Bjergsen is literally spams using Fiddlesticks and many other pros are doing the same.

For summary, Fiddlesticks top lane or even mid lane is a combination of great lane pressure, high damage and great healing ability, while his strong big combat capacity is still remain. This champion is too perfect for single lane and will be all over competitive matchs in upcomming time.