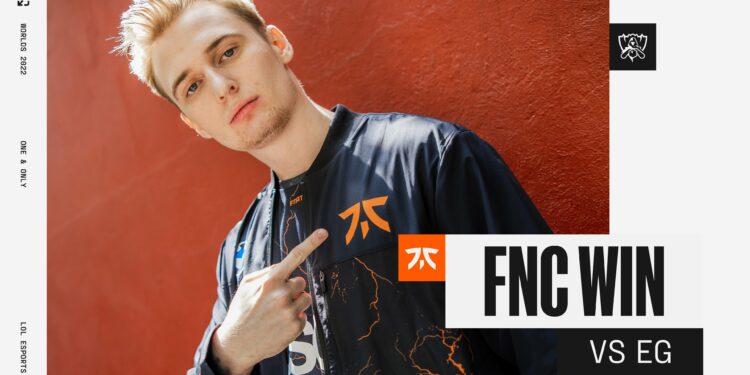 Worlds 2022 has officially kicked off in Mexico as 12 teams battle for 4 spots in the group stage.

Teams were divided into 2 groups which will play Bo1 round Robins.

The standings after first day of the play-ins are as follows:

The European LEC teams are off to a great start with both Fnatic and MAD Lions already top of their groups with a 2-0 score. Brazilian squad LOUD managed a 1-1 score after defeating the Japanese hope Detonation FM but falling to Taiwanese squad Beyond Gaming.

This is despite total watch hours being the same at 2,4 million hours. The constant lags and delays dragged both average and peak viewers down 14% compared to last year’s counterpart.

The technical difficulties and production issues however are heavily compensated by an energized Mexican crowd. Players no matter the country or region were cheered on by the lovely Mexican LoL fans, with many people remarking this is the best audience we’ve ever had in history of Worlds!

The most watched game of the day was the epic Fnatic vs EG. The 2 esports giants drew in a total 1,122,715 viewers. The game however was decidedly in Fnatic’s favor as Upset’s Miss Fortune proved too much for the EG stand-in ADC Kaori and support Vulcan.

Hopefully the technical issues will be resolved and improved tomorrow, day 2 of the Play-ins!