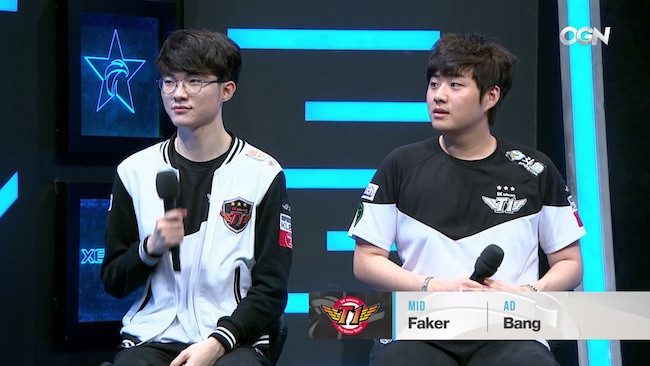 Bang clearly regretted not being able to meet Faker again during the confrontation with T1.

Even when Afreeca Freecs is in a rather volatile form, this team still has the power to destroy a T1 that is hitting the bottom with a 2-0 victory. And Bang – An ex-T1 man who just returned to the LCK in an AF shirt, had a spectacular return day when it was he who shone to finish off the old team.

However, Bang’s reunion with T1 became a little less attractive, as Faker continued to sit on the bench and was not allowed to play in both games. Despite bringing Teddy back to the team, the young T1 team still did not have the ability to resist AF and had to accept the fourth defeat of the season.

After the match, Bang made a very notable move towards Faker. On his personal Twitter, he retweeted the post from November 2018, with photos taken with Faker. This photo is special in that it was recorded after Bang officially parted ways with SKT (T1), ending his journey with his close teammate and friend, Faker, after 4 years together reaping a series of titles.

Although not expressed in words, T1 fans understand that this is Bang’s most sincere encouragement to his close friend, when Faker is entering a very difficult period in his career.

When he returned to the LCK, Bang shared that he expected Faker to play when the Afreeca and T1 teams met. However, this aspiration was not met, as the T1 Coaching Board was still determined to test the young factors instead of giving the opportunity to Faker. At least until the return, this best friend will have the chance to reunite on Summoner’s Rift

Fun: The Secret of the Spiritual Power of G2 Esports