FPX Skins: Does it look any different from the ‘5 Power Rangers’? 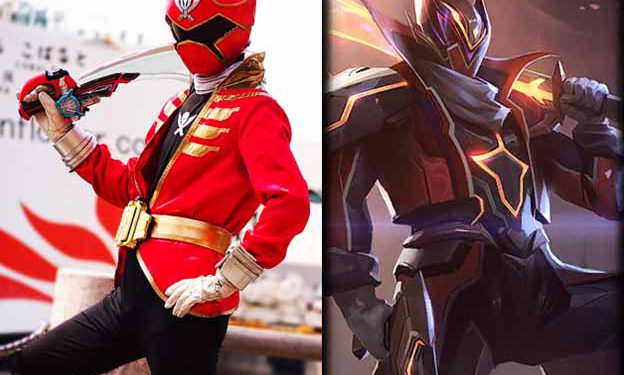 The series of world champion skins of FPX is receiving mixed reviews from the League of Legends community. FPX Skins

The series of world championship skins of FunPlus Phoenix officially docked the test server. As one of the most sought-after outfits every year, with every debut, the skins honouring the World Championship champions have become a dissection topic of the League of Legends community.

And this year’s FPX outfit is no exception. Upon appearing, the world championship skin in 2019 has received mixed criticism, but one thing that many gamers have in common is that the design of this skin line seems to bring the strong influence of the Super Sentai series.

Besides, it seems that FPX Gangplank is the costume that has received the most positive feedback, from super cool poses and own distinctive identities, to very carefully polished skill effects.

In addition, the recall animation of this outfit group also has many interesting points that the gaming community has discovered:

– Does it look like the Power Rangers (the American version of the Super Sentai series)? I like them already.

– Fact: 4 cats in FPX’s recall animation Vayne are the 4 “Kings” raised in FPX’s Gaming House. Gimgoom once shared about them when interviewed: Our cats raised at Gaming House even play video games better than LWX.

>>> And the meaning of the FPX Gangplank’s recall animation simply refers to Gimgoon being the most toxic guy in FPX, often beating tables and chairs and screaming at the Gaming House whenever his teammates feed.

>>>>>> No wonder he owns such a safe game, because he often scolds others so he can’t feed himself.

– The sadness of Nautilus.

– Perhaps this is the worst skin line among the Worlds skins. If you don’t believe it, try reading a comment on Twitter. If you look at splash-art without notes, many people will have to say: What are these champions? And so, it can only be said that they are too bad.

Jihyo: Only League of Legends brings joy because in the game I am myself

– Look at the masks and uniforms, does it look like 5 Power Rangers (Super Sentai)?

– It looks like it’s a joke, did these guys watch Super Sentai while drawing skin?

– This is a group of World Championship skins with a quite unique idea, except that no one knows which champion and the other, especially Lee Sin and Vayne, has no signs of recognition for these two champions.

>>> I looked at Vayne and wondered why the Ezreal in here had breasts ??? The characteristics to identify the champions are not clear at all.

– I always wonder why Riot hasn’t inspired Super Sentai to design skins in League of Legends. But now I am satisfied. I’m not kidding, I have been dreaming about Super Sentai skin for a long time, and I will definitely buy these skins.