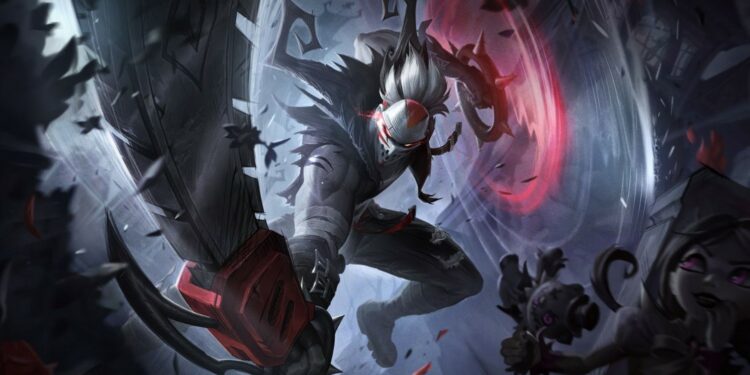 League of Legends’ devs have officially announced a slew of new skins that will be available with the forthcoming patch update. This features the much-awaited Fright Night skins

League of Legends players are in for a treat, as several champions in the game will receive new skins to coincide with the impending Halloween season.

Leaks from the community have long supplied information about these skins. It couldn’t be taken seriously, though, until Riot Games verified it.

The Fright Night skin line was one of the most eagerly awaited skins. This is due to the fact that it is a revised version of Gothic. Azir’s Worlds 2022, and Sylas’ Ashen Knight cosmetics are also expected to be released alongside.

The champions included in the new horror-themed Fright Nights skin line will be Urgot, Draven, Trundle, Renata Glasc, Annie, and Nautilus. However, for the time being, only the splash arts for Urgot, Annie, and Draven have been revealed.

These skins were initially hinted during a quick preview of this year’s Champion and Preseason 2023 vlog, when it was announced that the Goth skin line, which won a vote to be updated earlier this year, will be turned into Fright Night. Surprisingly, Nautilus was not hinted to be a part of this set at the time.

Riot appears to have settled on a gloomier design for the new Gothic skin line, with some decorations and characteristics that let the mind to wander and remember about beloved Halloween movies.

However, fans can’t help but note the missing of several champions from the previous Gothic skin line like Orianna and Amumu, whose skins are in desperate need of updating.

On the bright side, this is the first time Urgot and Trundle have gotten skins since Trundle joined the Dragonslayer realm in 2020. Urgot has a Pajama Guardian Cosplay skin for April Fool’s Day the same year.

With Halloween spirits floating in the air, these skins are expected to be released with Patch 12.18 on September 21.