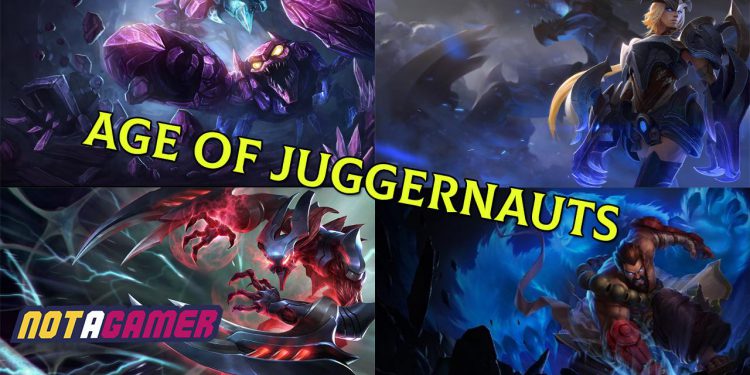 Riot Games Reav3 just shared a sneak peek of a ton of information about the upcoming League of Legends champion updates and releases. Here is everything we learned.

Alongside making new champions, it is mandatory for Riot to update their older champions in order to maintain refreshing experiences. Last year, Riot listened to the community and allow them to cast their votes on which champions they think should receive an update. As we could see, Fiddlesticks and Volibear won that petition and they completely received a full update including their gameplay, visuals, story, animations, voice acting, etc.

During this process, LOL – Reav3 also reveal on their roadmap that Dr. Mundo is very early in development, and is scheduled for early 2021. It is pretty obvious since till this day The Madman Of Zaun still had an extremely boring skillset (Players only have to land his Q – Infected Cleaver, cancel the attack animation with E – Masochism and let Dr. Mundo himself does the rest) and depended too much on defensive stats. Compare to other tankers such as Ornn and Maokai, Dr. Mundo has a lower skill cap than those champions.

With 3 new champions and 1 rework champion, it is most likely to be confirmed that there will be no more new/update champions to be rolled out this year. The question is: who will receive champion update next year after Dr. Mundo? Riot Lead Champion Producer Ryan ‘Reav3’ Mireles gave us a shorten list of which champions Riot was aiming at.

“While it’s true Udyr would be expensive, that doesn’t mean we won’t ever VGU him. We still discuss him a lot when we discuss VGU candidates. I wouldn’t be surprised if he ended up on the next VGU poll”. – Reav3 said.

“Do you guys have a shortlist of tier 1 candidates you guys are talking about for the poll? I know you guys internally talk about Shyvana and Norturne being back on the poll, but who else are potential candidates? Is Shaco still a tier 1 candidate after his gameplay rework?” – Gamer asked.

“Champs i have been thinking about for the poll have been Skarner, Shyvana, Nocturne, Rammus, Udyr, Quinn, Shaco, Tryndamere and Cho’Gath. Not sure who will make the cut yet.” – Reav3 said.

All the champions mentioned by Reav3, we can see the similarity between them and Dr. Mundo. They all have problems in design, skill sets, playstyle and seriously need an rework. Currently at this state, they hardly attract any players to even at least try them out and learn to master these champions.

Meanwhile, Quinn, Tryndamere and Shaco all have too strong solo potential but way too useless in big teamfight. Shyvana is described as a Bruiser but everyone is running full AP right now. Cho’Gath and Nocturne might not receive a fully update but instead a few visual updates in their skillsets or cosmetics upgrade only. Who do you think deserve a rework, leave a comment below to share your opinion.