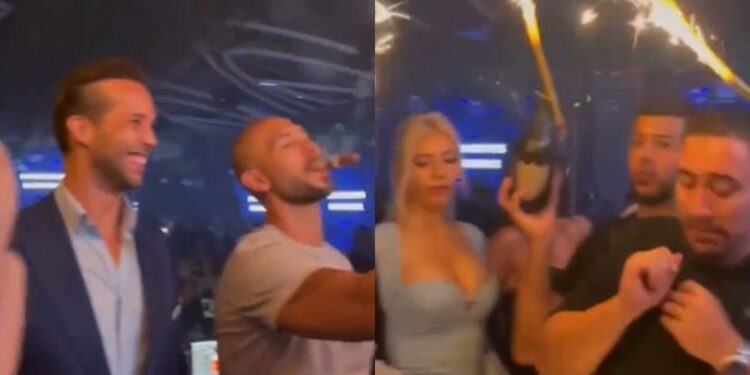 Andrew Tate is a British-American kickboxer notorious recently due to his misogynistic views on women. Some of Tate’s beliefs include women belong at home, being men’s property and shouldn’t be allowed to drive according to a Guardian article. He also believes rape women should bear responsibility for their attacks, was involved in a pyramid scheme, organized crime, sex trafficking and fled from UK for sexual assault allegations, etc

G2 Esports has posted an apology regarding Carlos’ behavior and suspended him for 8 months without pay.

Carlos, however, decided to double down and defended his friendship with Tate despite pinning G2’s apology on his feed.

The suspension was considered by many a light punishment and compared to an 8-month vacation by fans, especially as G2 and Carlos ‘came to an agreement’ about it.

While he has a right to befriend anyone he wants, as other personalities in the scene like Ashley Kang of KORIZON or LEC caster Aaron ‘Medic’ Chamberlain pointed out, he is not free from consequences or people’s backlash about whom he parties or befriends with especially as he’s a CEO of a brand.

Certainly, he had let down a lot of G2 fans and undermined the image that G2 is trying to build.