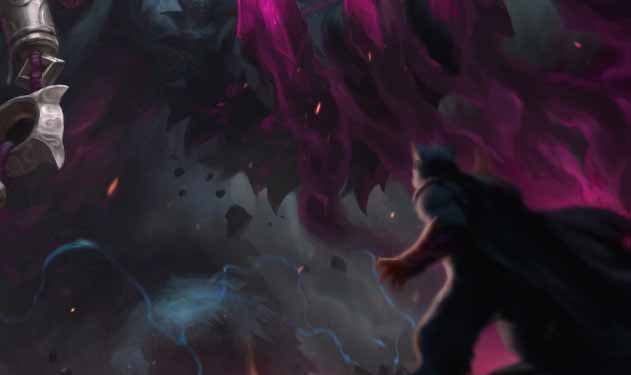 After Fiddlesticks was reworked, the next champion that gamers expected to “makeover” was none other than Volibear. Previously, designers working directly with this project also revealed some small details, but basically, we still do not know anything about the new Volibear other than imagining that this Bear will be brave, more powerful.

And most recently, a gamer looking through the files of the PBE server discovered the first animation of the new Volibear. He then posted the video on the Reddit forum and the community was excited about the discovery. Many people believe that this is just an easter egg installed in League of Legends, most likely to be a teaser of Riot Games in the near future, the location is probably a map of Howling Abyss for the right story.

As Riot’s designers have shared, their goal after the Volibear rework will be to improve the appearance, add some effects and make this bear’s skill set become smoother and make it for gamers more satisfied when using. This is also the biggest problem of the current Volibear when the skill set is too simple and the appearance is a bit grimmer than the mightiness of a demigod.

The good news for gamers is that with the launch of Volibear, Riot will create another skin for this champion and gamers can own it for free with the simple requirement that they already own  Volibear before that. In the history of Riot Games, only Gangplank and Miss Fortune are the favoured champions to launch new outfits during the rework. Who knows, maybe we’ll have something like an event of Gangplank and Miss Fortune before Volibear “rework”.

To the people that think it looks weird, this is just his ingame easter egg, he will probably be hidden somewhere in the map looking at us. This is why his model and animations looks kinda off.

Wait…that looks weird. I mean i know he’s top-heavy but not THAT top-heavy

Probably gonna look better from a top down view. Also he’s obviously standing behind something that’s hiding his legs from view.

That looks a bit off from the shots that were released by Riot. Whats going on with his lower half?