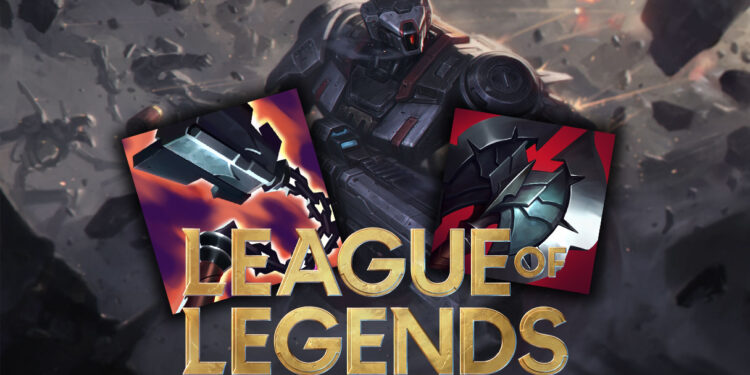 If you’ve been watching DWG KIA this season, you’ll see Canyon is the team’s number one “team” player.  outperforming his teammates in terms of performance, but he also frequently utilizes new builds to provide DK a significant edge.

Last week in the match DWG KIA vs DRX, Canyon picked Graves and he went Goredrinker as his Mythic item, following with some typical Fighter items.

Meanwhile, the great majority of players believe that this champion is frequently built using lifesteal items such as Immortal Shieldbow and Bloodthirster. So, what is this build and how does it do so well even in professional tournaments?

Basically, this gameplay first appeared about 3 weeks ago when a YouTuber named Arfreezy played it to climb to Master. He has realized that in the previous patch 12.3, Goredrinker was modified in the direction of reducing some HP and increasing its AD quite a bit. Therefore, this item has proved to be much more suitable for a champion with a good set of lethal skills like Graves.

Graves is a long-ranged champion, but to deal the best damage possible, he will have to stay close to the target. Obviously, this put Graves in a lot of danger because it was easy to get hit by the opponent and be knocked down. And with Fighter items like Goredrinker and Black Cleaver, it appeared as a perfect solution when allowing Graves to approach the opponent but still have excellent survival thanks to the high defensive stats.

Not stopping there, Goredrinker also makes him less affected by Grievous Wounds. The reason is that the build does not have basic lifesteal stats. So when Graves suffered from the effect of Grievous Wounds, he won’t be totally weakened as his typical Immortal Shieldbow build. As a result, with the new Fighter build, Graves becomes a champion who can be both tanky and can deal a considerable amount of damage.