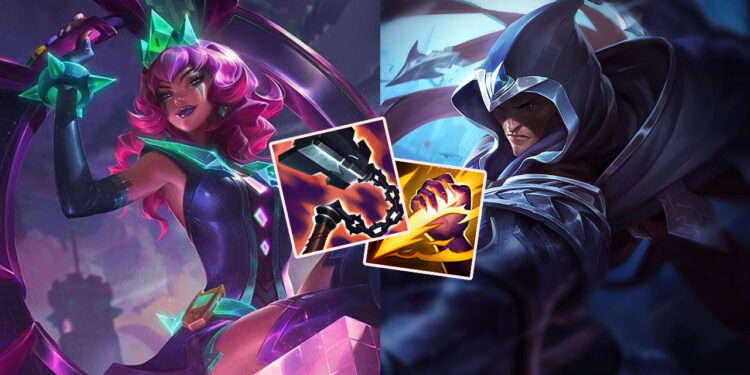 As the second day of Worlds 2021 are wrapping up, we are already seeing the dominance of Goredrinker. The item can basically be used by a wide pool of champions, from traditional bruisers like Lee Sin, Darius, Renekton… to Assassins. Especially, the stats that it offers is so effective in dealing massive damage and surviving in team fights.

Of course, when an item becomes so unbalanced, Riot will have to make balance adjustments on it. Just not long ago, Riot has released the patch 11.21 updates on PBE with some big adjustments to Goredrinker. This change promises to put an end to the abusing status of Assassins in League of Legends.

One of the reasons that many non-Bruiser champions benefit from Goredrinker is because of the damage that it offers despite the fact that it has no lethality and armor pen. After acquiring only this Mythic item, the champion can have both bonus health and health regen, along with huge chunk of AD from the passive Spite. This passive enhances the damage of the Thirsting Slash activation and raises the champion’s damage to a massive level.

However, after the removal of Spite’s passive in patch 11.21, this item no longer grants the great amount of AD it formerly did. Furthermore, by changing the damage calculation to be based on basic AD, Assassin champions can no longer scale with the item effectively. As a result, this item is no longer appropriate for Assassins to snowball.

These updates are necessary to prevent future Assassins from abusing Goredrinker. It would be absolutely broken if an assassin champions can scale so well with a Bruisers item. The item may return to its proper function of serving for Bruisers who require the ability to heal from version 11.21 forward, rather than being an abused item as it is currently.