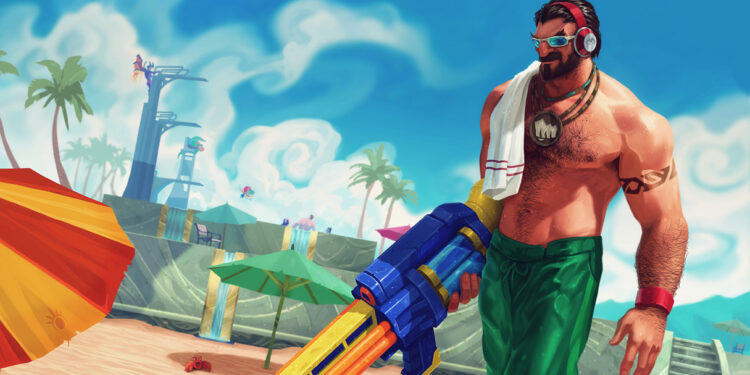 The modification was made in response to League of Legends community complaints that Sentinel Graves’ Q line appeared different than his previous skins.

Kevin “Sirhaian” Leroy, League of Legends senior VFX artist, recently released a “slightly different” VFX kit for the planned Sentinel Graves skin. However, it appears that a change in the quality of life will affect all of The Outlaw’s cosmetics.

Today, Sirhaiantalked about community comments on Sentinel Graves’ End of the Line (Q) hitbox, stating that its ground indication was distinct from his previous skins. Riot will update all of his previous skins with the proper hitbox to “make sure the skin is fair” and for “better clarity.”

His Q quickcast indicator simply indicates the width of the initial missile. However, when the missile returns, the hitbox is really bigger, despite the fact that it is not obvious. Riot is extending the clarity adjustments to all Graves skins because the Sentinel skin correctly shows the Q hitbox’s ground indication.

Sentinel Graves will be distinct from The Outlaw’s other skins in that its VFX will change somewhat after level 11. The Black Mist encircles Sentinel Graves’ powers prior to 11. However, when the Sentinels of Light energy shines brilliantly, the Outlaw ultimately cleanses the corruption.

The champion’s new hitbox indication on all of his skins will be available on the PBE later this week. The modification should be applied to the live servers in the next patch.