Great Ezreal Tips and Tricks: From Basic To Advance 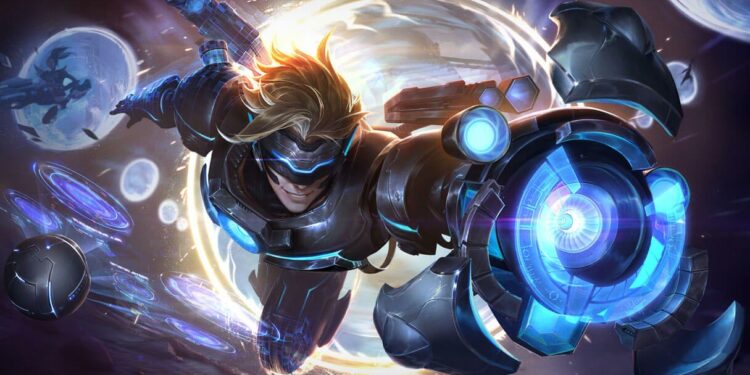 We have seen Ezreal as one of the strongest markmen in this current meta, even though he is fairly easy to utilize, let’s see if we can maximize his power.

Since Ezreal’s first debut on March 16th, 2010, he has always somewhat appeared in the League of Legends meta due to his extremely mobile skillset, provides both physical and magical damage. One of the most beloved marksmen, Ezreal is currently having 15 skins in his inventory. His skill set hasn’t changed that much since his first release, there are still plenty of minor things players may have missed out.

With a complex, competitive game like League of Legends, champion knowledge is extremely essential and the tips for using Ezreal are still a lot for gamers to explore. Recently a gamer with u/MissFortuneDaBes account has shared 10 great tips of Ezreal on Reddit, he has shared some really great knowledge.

Your Ultimate – Trueshot Barrage is not always used to deal damage

Maybe everyone does know these tricks, but the actual problem is how well you are utilizing it. Ezreal’s Ultimate has an extremely low cooldown thanks to his Passive. If your team is on the losing side and you don’t want your support to risk his life placing some wards, definitely spam your ultimate frequently to reduce the vision pressure.

It can be used to activate multiple interactions in League of Legends from such a surprising range. These interactions include some of the most well-known items in Ezreal’s Build such as Muramana’s Passive and Iceborn Gauntlet. Also, you can test out some more if you want to try out the best Ezreal playstyle that suits you, for example: Ravenous Hunter, Duskblade of Draktharr, or even Press The Attack.

You can instantly get your passive to 5-stack

Ezreal’s Passive – Rising Spell Force gives him tons of advantages in long 5v5 team fights. The problem with his build is that he won’t have enough attack speed to deal damage in a long fight, therefore, this could lead to their enemies’ Markman out-damage him. While the tooltip states that Ezreal gets stacking bonus attack speed every time you hit a spell, you can actually get to maximum stacks instantly by hitting multiple enemies with the same spell.

Before every big team fights, make sure your Ultimate is currently active. If you hit 5 enemies with your Ult, you will instantly gain 5 stacks no matter what you hit, you can even hit some creeps to make it 5. This is super essential as Ezreal’s Attack Speed is too poor.

E – Arcane Shift does not prioritize enemy champions, so jumping up against enemies near minions is not recommended. Or if you want to shut down that specific enemy but you have to E then Auto-Attack to finish them off. The twist is: if you land your W on an enemy then use your Arcane Shift, it will automatically target the champion who is currently affected by your W.

You can cast Flash during the duration of your E – Arcane Shift, which allows you to jump extremely long distances and your opponents cannot react in time.

Trueshot Barrage to end your enemies then evade

When using your ultimate, the skill will always be fired whether you complete the casting animation or not, even when you are under crowd control and you think you are interrupted. It’s actually not true, you can safely use your Flash to escape enemies’ crowd control/projectiles but still guarantee your Ultimate being fired out.

Escape any hook coming to you

The arcane shift will take priority over all movement commands, including the opponent’s ability. This allows you to use E to cancel your opponent’s skills and escape safely. For example Blitzcrank’s Hook, Thresh’s Hook, etc.

Normally, knock-ups crowd control effect is uncounterable. However, despite being a Markman, Ezreal can still escape that deadly effect. By combining Cleanse and Arcane Shift, Cleanse helps you clear the effect of being stunned and Arcane Shift makes you reposition yourself in the backline.

Arcane Shift will cause Ezreal to face the target

You can use that to aim your skills to the best. When using E, the mouse pointer will be right above Ezreal, if you don’t move the mouse then you can use the Q – Mystic Shot and the R – Trueshot Barrage. This also works for enemies in the area with no vision, stealth, meaning this trick helps you cast your skills with very high accuracy.

Outplay them with Flash + Q

If a tanky opponent is blocking your primary target, you can out-play them by canceling the animation with Flash. Ezreal’s Mystic Shot is always fired from his new location, you can use Flash during the Q casting time to change the angle.