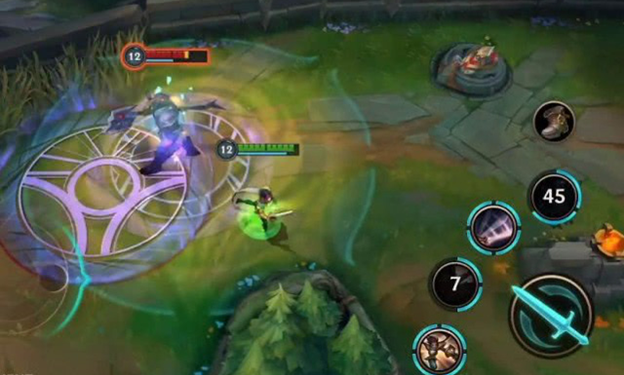 League of Legends Wild Rift has not yet released the beta, but IPhone users are worried about the information that they will not be able to experience this game soon like the Android.

League of Legends: Wild Rift is a super product that every gamer in the world has been waiting for a long time, when it was just officially announced last October. Though the promise of the early release of Riot’s beta will come true, but after nearly 5 months, the information about the beta is still a big question mark that has not been specifically answered by Riot Games.

Until now, all the fans know about their favorite game is the Riot employees’ statements on the League of Legends: Wild Rift on the configuration of the game. However, those statements are also being questioned quite a lot about its authenticity.

It seems that gamers using Android will always have an advantage over players using Apple phones, especially in League of Legends: Wild Rift.

Most likely, in the near future, LoL: Wild Rift will launch gamers as a limited test. Just like Teamfight Tactics Mobile, whether League of Legends: Wild Rift will set foot on the iOS platform is still a mystery, but most likely, this will not happen.

According to sources in the Chinese, the limited beta version of this game is likely to be released in the near future. However, this is only for the Android platform, and for iOS gamers will have to wait until this game is officially launched. Because, as usual, the Apple always requires that games appearing on the download store have a version number of the game, without this number, it almost certainly will not be reviewed by Apple to appear on the game repository.

That’s why all internal testing or player restrictions are not allowed on the App Store and iOS users often receive more delayed than Android gamers. But the good news is that Android gamers will not be affected much, including the official version and test. However, almost everything will not be “smooth” like that, because with the required configuration of Riot Games, it seems very light but 99% will not be able to meet all the requirements of League of Legends: Wild Rift.

Because, when League of Legends: Wild Rift launches will be combined with many updates – this is a must for any mobile game product and certainly LoL: Wild Rift is no exception. These update packages over a long period of time will make it difficult for the configuration that Riot Games can meet the requirements of the game, if the player believes in what Riot Games said and just the phone with the configuration above, it can adversely affect experience.

Thus, 99% of iOS gamers will not be allowed to participate in testing limited edition of League of Legends: Wild Rift until Riot Games announces the official version of this game.