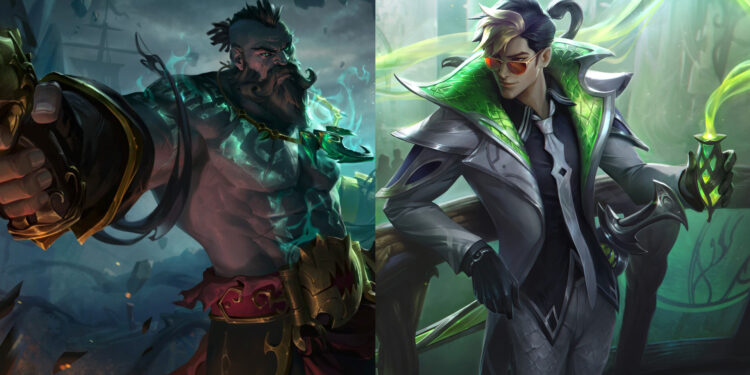 With the release of League of Legends Patch 12.12 in just a few days, Riot Games has also discussed some of the modifications they are already working on for future patches.

Some of the most significant adjustments being worked on by the devs are for Grevious Wounds, Master Yi, and Gangplank.

Grievous Wounds will receive balances in the next update

In a recent tweet, League of Legends’ lead designer Matt “Phroxzon” Leung-Harrison revealed some of the changes that would be included in future updates. According to the developer, high Grevious Wounds caused a lot of “champion design debt,” thus they’ll try to balance the system at 40% Grievous Wounds.

The goal is to make the passive feels rewarded when confronted with a ton of healing on the enemy team.

Picks like Soraka and Aatrox have a lot of healing to themselves and to their team in their arsenal, making Grievous Wounds one of the best counter items in the game.

Gangplank and Master Yi will see modifications in future patches

Aside from Grevious Wounds, League of Legends developers will be working on modifications for Master Yi and Gangplank in future patches to make them more viable.

Gangplank has long been on Riot’s list of potential League of Legends modifications. He’s presently caught between a squishy build that can oneshot everything with his crit barrel combo and a stable bruiser build that can be a touch boring, especially in the late game.

The durability improvements have had an effect on Gangplank since the healing from his oranges has been reduced significantly.

Riot, on the other hand, has announced that planned modifications for LoL patch 12.13 would bring new vitality to the Saltwater Scourge.

The Wuju Blademaster, a once-popular selection in the lower MMR of the competitive ladder, now seldom sees the light of day and has a pick rate of less than 3%. According to League statistics site OP.GG, Master Yi is currently sitting at the bottom of the leaderboard with only 45.47% win rate in his primary role.

The lethality adjustments implemented in season 12, along with the durability modifications that found their way to the servers in patch 12.10, caused him to fall off the meta pretty quickly.

As a result, it’s predicted that the adjustments that will finally make their way into Master Yi’s kit will be boosts that will make him much easier in solo queue.

The devs have scheduled the Gangplank adjustments for Patch 12.13, but have not yet assigned a patch date for the Master Yi update.