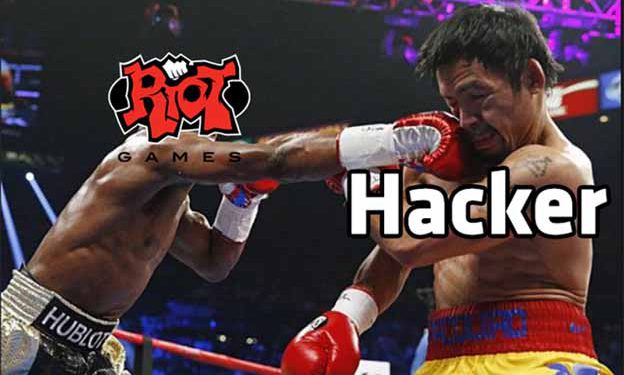 Hack VALORANT – It seems VALORANT is the next target of hackers

A few days ago, VALORANT – the role-playing game of Riot Games – officially entered a large-scale testing phase, many famous streamers like Shroud, Summit1g, Pokimane…have started to stream this game. VALORANT quickly became an extremely hot topic in the gaming industry at the present time, each person has an idea about the future and development direction of this game.

There is a long tradition in Esports that the FPS shooter games are always the most vulnerable to hacker attacks. Games that are familiar to gamers such as PUBG, CS: GO or with foreign players like Apex Legends, Fortnite used to have hack/cheat problem.

And a new game like VALORANT is not an exception when a few hours ago, the first case of cheating was discovered.

Fortunately, this case has been processed and this is recorded as the first hacker banned account. However, according to the representative of Riot Games’ anti-fraud team, the number of people using hacks in VALORANT is increasing and it is likely that there will be a “purge” of hackers in the next few days.

Riot Arkem, programmer and anti-fraud leader of Riot Games: “Well it sucks, but today we had to ban our first cheater (and it looks like more bans are on the horizon). I was hoping for a little more time before this fight kicked off but we’re in it now and we’re ready.”

The common cheating in the game can surprise many people by the tools that help players gain unreasonable advantages that have been perfected very early. Previously, Riot had promised that they would thoroughly stop the wallhack problem in VALORANT with a powerful and effective anti-cheat system.

VALORANT has built-in fog-of-war systems designed to bypass data that fraudsters often use to activate wallhacks. More specifically, the fog-of-war system works with an image rendering engine to prevent players from seeing multiple locations on the map

In theory, this system has the function to prevent hacking through walls, but hackers have known to take advantage of the flaw.

In addition to fog-of-war, Riot also introduces an entirely new anti-fraud system called Vanguard. The new tool detects unusual behavior in VALORANT and can immediately ban a fraudster, according to Riot.

The fight against hackers in VALORANT is just beginning and it also forces developers to soon take effective remedies so as not to affect the integrity and fairness of the game.

One player was surprised to find that disconnected teammates rejoin the enemy team after reconnecting. It makes the match become 4vs6, of course the larger party always takes advantage.

It’s unclear what causes this bug, but this is definitely a painful issue in any esports industry – especially when Riot is ambitious to make VALORANT a leading esports game.

“Maybe at the time of disconnection you were still on the offensive side, but when reconnected, the team switched sides and the game still identified you on the attacking side?”, A Redditor hypothesized.

Riot has not yet explained the bug, but it is clear that players want it to be fixed as soon as possible.

It is unclear when Asian and South American players will ever experience VALORANT. However, Riot has confirmed that their latest game will be coming to global gamers this summer.

Although sad, but VALORANT appeared fraud is probably unavoidable, Riot Games probably also anticipated so they formed an anti-fraud team to serve this game. Hopefully, the future of VALORANT will not be sunk by the hacks/cheats, what is happening with PUBG or formerly Apex Legends.